Singh will travel to the Gulf nation in the next few days and it is aimed at resolving the crisis, sources said. 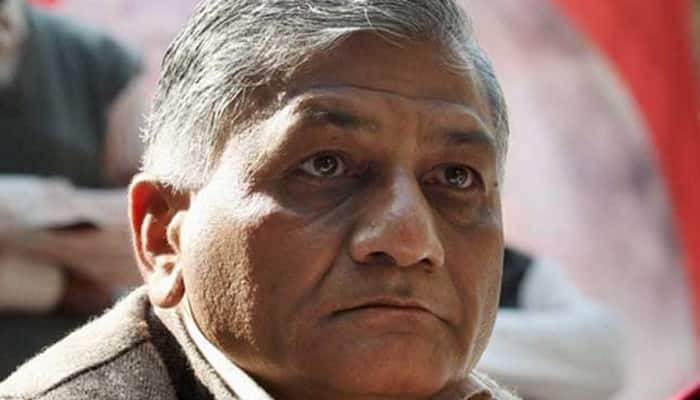 Jeddah/New Delhi: Minister of State for External Affairs V K Singh will leave for Saudi Arabia soon to assess the severity of the food crisis faced by nearly 10,000 Indians after being rendered jobless and explore remedial measures including possible return of some even as a large number of those affected were provided food by the Indian Consulate in Jeddah.

Singh will travel to the Gulf nation in the next few days and it is aimed at resolving the crisis, sources said, adding that some of the Indian workers who were laid off from their jobs may prefer to come back to India.

External Affairs Minister Sushma Swaraj last night said over 10,000 Indian workers in Saudi Arabia were facing severe food shortage and the government has ordered the Indian mission there to provide food to them besides other assistance.

Following the instructions, thousands of the workers have been provided food by the Indian Consulate in Jeddah. Large number of Indians have lost their jobs in Saudi Arabia in the last few months due to economic slowdown triggered by low oil prices.

As per available details, 2,450 Indians who are in deep crisis due to closure of their companies were provided food and other assistance.

Swaraj has also appealed to 30 lakh Indians in Saudi Arabia to help their "fellow brothers and sisters", asserting that there is nothing "mightier" than the collective will of the Indian nation.

The External Affairs Minister said yesterday that Indians in Saudi Arabia and Kuwait were facing various problems relating to their work and wages and that the "matters are much worse" in the former.

Initially there was a report that around 800 Indians were starving for the last three days in Jeddah.

"I assure you that no Indian worker rendered unemployed in Saudi Arabia will go without food. I am monitoring this on hourly basis," she had said.

She said a large number of Indians have lost their jobs in Saudi Arabia and Kuwait and that their employers have not paid wages and closed down their factories.