Maharashtra Navnirman Sena (MNS) chief Raj Thackeray hit out at the Jain community on Thursday and said that they were getting emboldened because a Gujarati was the Prime Minister of India. 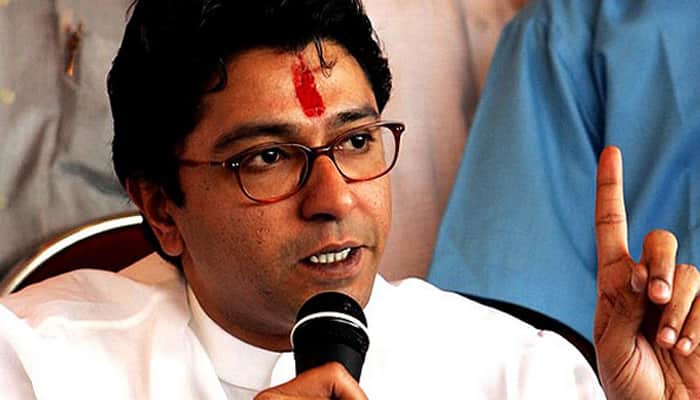 Mumbai: Maharashtra Navnirman Sena (MNS) chief Raj Thackeray hit out at the Jain community on Thursday and said that they were getting emboldened because a Gujarati was the Prime Minister of India.

“Because of PM Narendra Modi and Amit Shah, Gujarati people, Jains are feeling emboldened,” Raj said as per ANI.

He added, “This issue is taken as "Jains against Hindu", MNS will definitely support whoever wants to sell meat, won't follow meat ban.”

The MNS chief's another salvo was - “Digambar Jains roam naked showing their body, if that is okay, then why this meat ban.”

Raj maintained that in future “Muslims will also make such conditions on Ramzan and shops will close?” adding, “Only BJP will benefit from these vote bank tactics.”

In what could be construed as a warning to the Jains, the MNS leader stated, “Jain people will not decide what will happen in Maharashtra.”

Meanwhile, the wrangling over the ban on sale of meat during the Jain fasting period 'Paryushan' escalated today with Shiv Sena and MNS hitting the streets against it even as the Bombay High Court took a critical view of the step noting it will not be feasible in a metropolitan city.

MNS set up a stall to sell chicken meat at busy Dadar area as a symbolic protest while Shiv Sena workers tore off notices put up by Municipal Corporation of Greater Mumbai declaring the ban on meat by for four days - September 10, 13, 17 and 18, when members of the Jain community observe religious fast.

A similar ban has also been clamped on neighbouring Mira-Bhayander and Navi Mumbai municipal corporations.

While the BJP defended the ban, its ally Shiv Sena as well as opposition MNS and Congress and the NCP have slammed it, dubbing the move as a BJP ploy to polarise voters and appease a section of society before the crucial MCGM polls in early 2017.

Shiv Sena chief Uddhav Thackeray said his party would ensure that there was no ban on sale of meat.

MNS leaders said they will continue the protest by setting set up meat stalls across the city on all the days of the ban.

BJP leaders, however, defended the ban arguing that this had been there for long and it was wrong to blame the party-led state government.

Seeking response of the state and the civic body on a plea of Bombay Mutton Dealers Association, a Division Bench of the High Court said imposing a ban on animal slaughter and sale of meat for four days is not feasible in a metropolitan city like Mumbai.

"Mumbai is a metropolitan city. Such straight ban on meat cannot be a formula. Ban is on slaughter and sale of the meat. What about other sources? What about packaged meat that is already available in the market?" the bench headed Justice Anoop M asked, as per PTI.

The court, while posting the matter for hearing tomorrow, suggested if the Jain community had a problem with animals being slaughtered in the open and displayed in shops, a direction can be issued against that.

The petitioners claimed that the decision is unconstitutional as it affects the livelihood of a section of people and favours a small percentage of population.