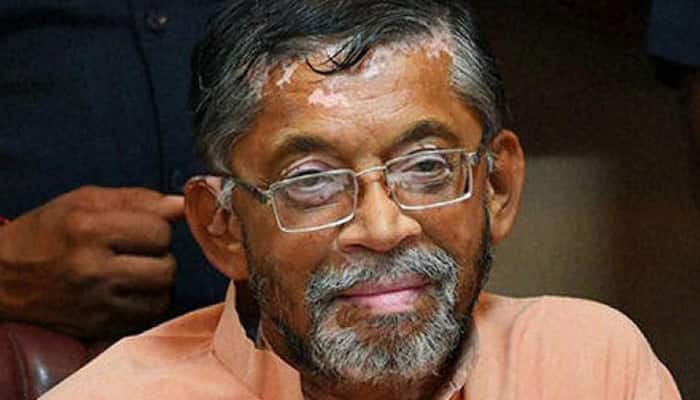 Gangwar was on his way to attend BJP’s Vikas Utsav, the celebration of two years of the Narendra Modi government, when hundreds of BJD workers led by local MLA Debesh Acharya, the son of BJD Rajya Sabha MP and former minister Prasanna Acharya, attacked the minister's car. Gangwar, however, escaped unhurt.

The workers of BJD, which rules the state, protested against the visits of Gangwar and Union Minister of State for Food Processing Sadhvi Niranjan Jyoti to Bargarh.

They showed black flags to the two ministers at several places in the district town.

The attack triggered a war of words between the BJP and the BJD.

Earlier on Friday, BJD workers had taken out a bike rally in the town protesting against BJP’s Vikas Utsav.

Gangwar described the incident as “unfortunate” and said: “I hold Naveen Patnaik responsible for this. In a state where a union minister is not safe, what would be the condition of common men.”

Sadhvi Niranjan Jyoti said, "In a state where Union ministers are not safe, one can visualise the fate of common people."

Acharya and several other BJD workers were later arrested.

Addressing a press conference, the BJP alleged that Chief Minister Naveen Patnaik had given a go ahead to the stone throwing.

He said the BJP will protest against the BJD ministers and Patnaik in the coming days.

Meanwhile, Bargarh police detained about 80 people, including BJD MLA Debesh Acharya, and arrested five for showing black flags to the minister's vehicle and attacking it.

Acharya denied that he and other BJD workers attacked the vehicle.

"Nobody has attacked the minister's vehicle. We are protesting in a democratic way," he told reporters.