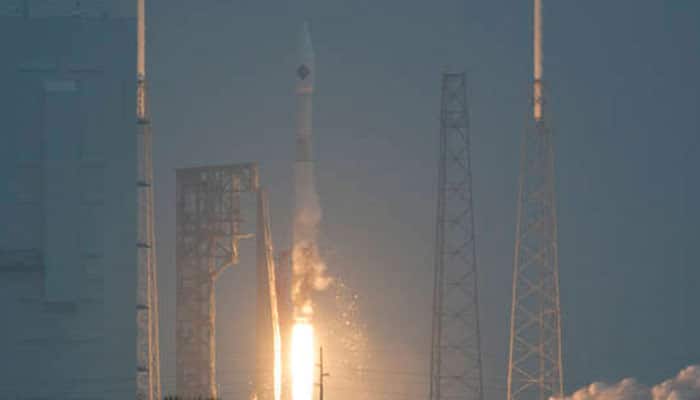 Washington: Orbital ATK on Sunday launched its Cygnus cargo spaceship to the International Space Station, after a year hiatus.

The commercial spacecraft is expected to deliver some 7,300 pounds (3,300 kilograms) of supplies, including science experiments, ready-made food, a jet pack for spacewalking astronauts and even a satellite made by elementary school students when it arrives at the space station on Wednesday, December 9.

Cygnus will be grappled at approximately 6:10 a.m. December 9, by NASA astronaut Kjell Lindgren, using the space station's Canadarm2 robotic arm to take hold of the spacecraft, with Scott Kelly supporting him in a backup position.

The spacecraft will spend more than a month attached to the space station before its destructive re-entry into Earth’s atmosphere, disposing of about 3,000 pounds of trash in January.

US cargo ship launch to ISS moves to Sunday: NASA