Some locals in Amethi urged Rahul Gandhi him to bring his sister Priyanka Gandhi into active politics. 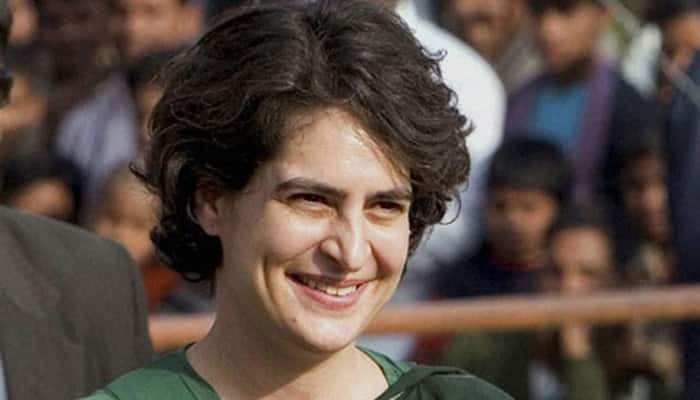 New Delhi: The chorus for bringing Priyanka Gandhi into active politics to revive Congress' fortunes in Uttar Pradesh is growing every day.

While interacting with Kishor, the Congress members said bringing Priyanka into mainstream politics and assigning her the charge to lead in the crucial 2017 Uttar Pradesh Assembly elections, would help the party in regaining the lost ground in the cow belt state.

Agra district president, Dushyant Sharma confirmed the developments saying that Priyanka is the only person who can help the Congress.

Earlier reports had suggested that Kishor, who has been roped in by the Congress to bring back its golden days in Uttar Pradesh, had favoured Priyanka to take lead in the 2017 state election.

Last month when Congress vice president Rahul Gandhi was touring his constituency Amethi, some locals urged him to bring his sister Priyanka Gandhi into active politics.

The 2017 UP elections are a litmus test for the Congress vice president as the Narendra Modi-led Bharatiya Janata Party is certain to go all guns blazing to win the state, which sends maximum MPs to the Lok Sabha.

Congress, which once used to win almost all the seats in the cow belt state, has been performing very poorly in the last two decades.

Notably, the BJP had won on 71 out of the 80 Lok Sabha seats in 2014. Congress won two, Samajwadi Party five and Mayawati's Bhaujan Samaj Party wasn't able to open its account.

Key players in the state – Bharatiya Janata Party led by PM Narendra Modi and Amit Shah, Samajwadi Party led by Mulayam Singh Yadav and Bahujan Samaj Party led by Mayawati - are personality driven and have their strong vote bases. Meanwhile, Congress, which has been out of power in the state for nearly three decades, suffers from a leadership crisis.