Two men who were denied entry to a nightclub later returned with others and bombed it here on Friday, setting off a blaze that killed all 16 people who were trapped inside by the smoke and flames, authorities said. 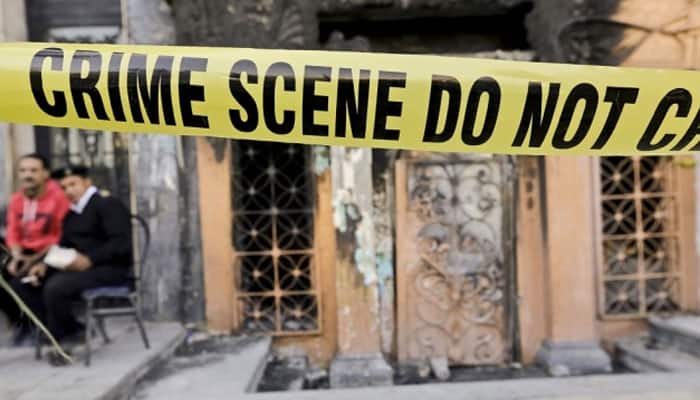 Cairo: Two men who were denied entry to a nightclub later returned with others and bombed it here on Friday, setting off a blaze that killed all 16 people who were trapped inside by the smoke and flames, authorities said.

Terrorism was quickly ruled out as the cause of the attack at the El Sayad restaurant and club in Cairo's Agouza district. Egypt has been battling a growing Islamic insurgency in recent months.

The overnight fire that came on the first day of the weekend in Egypt also injured three other people.

Police were searching for six people suspected in the attack, which occurred after two of them were not allowed to enter the club, said Interior Ministry spokesman Abu Bakr Abdel-Karim.

After the two were refused entry, they "went and drank alcohol somewhere else," then brought four others with them, arriving on three motorcycles about 6 am, Abdel-Karim said.

"They then threw a Molotov cocktail at the entrance of the place," he said. "This caused the fire and the smoke and the 16 deaths."

No one who was inside the club survived, Abdel-Karim said. Eleven of the dead were employees, and the other five were not identified, he added.

The victims all died of suffocation, he said, with people trapped inside because the fire was located at the only entrance to the club — a converted underground garage with an apartment building on top.

"That was only one door, and the door is narrow, and unfortunately, the place is 1 meter (3 feet) underground," Abdel-Karim added.

The three injured people apparently were either passers-by or had been waiting just outside.

Video posted by the newspaper Youm 7 showed thick black smoke pouring out of the doorway as people looked on helplessly outside at the charred entrance.

Although not officially a nightclub, El Sayad is one of scores of small restaurants that skirt taboos around drinking in the predominantly Muslim country by serving food throughout the day. At night, it turns into a bar.

Serving alcohol is legal in Egypt, but most restaurants and clubs don't have liquor licenses, and obtaining one is a difficult bureaucratic procedure.