Palestinian President Mahmoud Abbas said he was willing for a dialogue with Israel`s newly-appointed defence minister, if the latter accepts the principle of the two-state solution, the media reported on Wednesday. 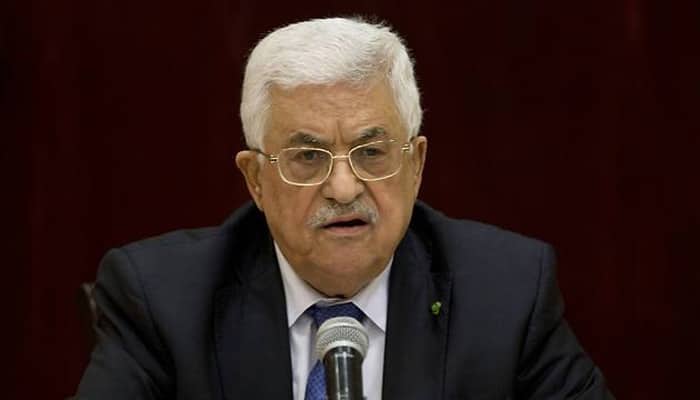 Ramallah: Palestinian President Mahmoud Abbas said he was willing for a dialogue with Israel`s newly-appointed defence minister, if the latter accepts the principle of the two-state solution, the media reported on Wednesday.

Abbas made the remarks in a meeting on Tuesday with several mayors of Israeli cities. It was Abbas` first reaction to the appointment of Lieberman as defence minister in Israel on Tuesday, Xinhua reported.

Lieberman, chairman of the far right-wing Israeli Party Israel Batino (Israel is our home), is well-known for adopting radical thoughts against the Arabs and the Palestinians in the West Bank and the Gaza Strip, mainly against the Palestinian National Authority (PNA) and Islamic Hamas movement.

Israeli Prime Minister Benjamin Netanyahu had reached an agreement to join Lieberman`s party into his coalition.

"Our judgements are not made in accordance to their factional or racial ideologies and beliefs, but according to their positions in their governments in relation to the peace process," Abbas said.

"During Israel`s experience in peace over the past 40 years, we learned that the right-wing in Israel can only make peace."

However, Lieberman and Netanyahu said in a joint news briefing that they accept the two-state solution and ready to negotiate with the Arab states on the 2002 Arab Peace Initiative made during the Arab Summit held in Beirut in 2002.

"It is necessary to make a good use of the Arab peace initiative in order to make a comprehensive peace," Abbas said.

"Fifty-seven Arab and Islamic states will be willing to normalise diplomatic ties with Israel," he said.

Abbas stressed that all can happen when Israel withdraws from the Palestinian territories it occupied in 1967 and accepts the establishment of an independent Palestinian state on these territories with East Jerusalem as its capital, adding: "We work together to make the peace that the Israeli people want."

Israel and the Palestinians signed a series of peace accords and treaties in Oslo, Cairo and Washington in 1993, 1995 and 1998, where the PNA was transitionally established after mutual recognition between Israel and Palestine Liberation Organisation (PLO).

The Last direct peace talks between the two sides, which were sponsored by the US and lasted for nine months, stopped in April 2014 due to differences with the Israeli government on lands confiscation and expansion of settlements in the West Bank and East Jerusalem.

International and Arab efforts had so far failed to bridge the gaps between the two sides in order to resume the peace talks and agree on the outstanding issues, mainly after Israel and the US rejected a French peace initiative that aimed at holding an international peace conference to end the conflict.

Nabil Abu Rdineh, an advisor to Abbas, said the joint remarks of Netanyahu and Lieberman over the two-state solution and the Arab peace initiative "should be attached with practical steps of action on the ground, including the recognition of a Palestinian state on 1967 borders."

"Israel should know that the Arab peace initiative is part of the resolutions on the UN Security Council and the US-backed Roadmap peace plan," he said, adding "over-jumping the Arab initiative is not reasonable, especially there is an international consensus that backs it".

Meanwhile, Saeb Erekat, secretary general of the PLO executive committee and the former chief negotiator, said that before making remarks, Israel should immediately pull out from the occupied Palestinian territories and implement all the signed peace agreements.

"Lieberman`s remarks should be attached with an Israeli commitment to the international resolutions related to the conflict in the Middle East and also a commitment to world-backed two-state solution and the Arab peace initiative," said Erekat, adding "his (Lieberman) remarks are made for public relations".

US Elections: Donald Trump isn't screwy at all; a wise choice for president, says North Korea