The second body was detected on Wednesday evening with the help of Navy's remotely operated underwater vehicle (ROV). 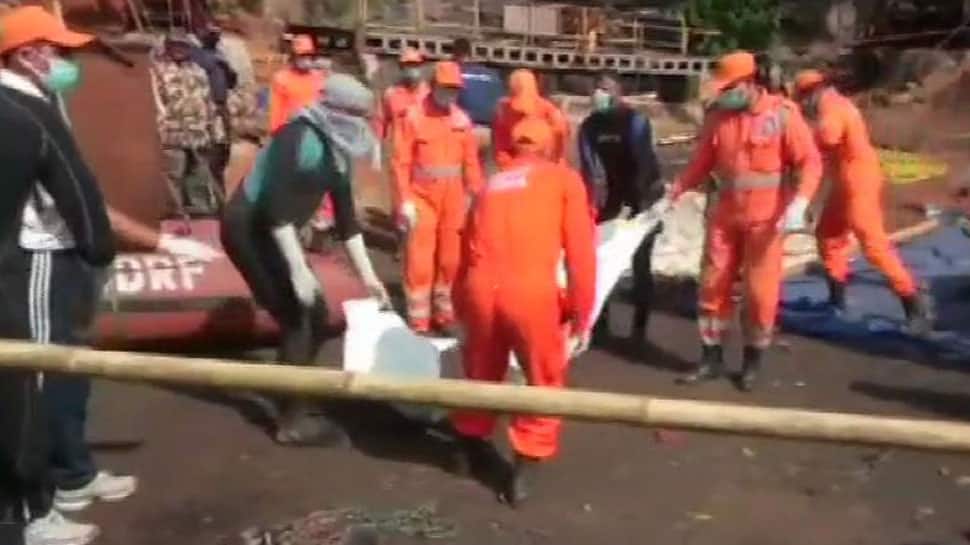 Shillong: The rescuers of Navy and the National Disaster Response Force (NDRF) on Wednesday pulled out another body from the 370-feet deep flooded coal mine in Meghalaya's East Jaintia Hills district where 13 miners remain trapped since December 13, 2018.

News agency ANI said one more unidentified body was recovered from the mine at Ksan near Lyteiñ River in East Jaintia Hills where 13 miners were trapped since December 13.

A body had been recovered last month as well, it said.

Meghalaya: One more unidentified body recovered from the mine at Ksan near Lyteiñ River in East Jaintia Hills where 13 miners were trapped since December 13. A body had been recovered last month as well. pic.twitter.com/xbptWF5skh

A member of the rescue team said that the second body was detected on Wednesday evening with the help of a remotely operated underwater vehicle (ROV) at a depth of 230 feet.

The highly decomposed and unidentified body was pulled to the water surface by the Navy's underwater remotely operated vehicle (UROV) and then taken out in a bucket-type container to the higher grounds at 1.20 PM, the official said.

This is the second body to be pulled out of the coal mine – nearly 77 days after 15 coal miners were trapped inside the rat-hole coal pit - by the Navy divers after they retrieved the first body, which was identified as that of Amir Hussain from Assam's Chirang district on January 23.

He said the body has been handed over to the Meghalaya Police and is now being taken to Khliehriat hospital for autopsy.

Fifteen miners were trapped after water gushed into the illegal coal mine located in Ksan village, about 130 km from here, after the miners are believed to have punctured into another wall of another coal mine.

The tragedy came to light after five miners escaped from the coal pit.

The coal pit disaster took place despite an interim ban on rat-hole coal mining in the state by the National Green Tribunal since April 17, 2014.

The Supreme Court, which is monitoring the rescue operations, has told the government that the trapped miners must be taken out of the mine, "dead" or "alive".