Bargarh MP Suresh Pujari has alerted the state and central government in a press meet at Bhubaneswar. 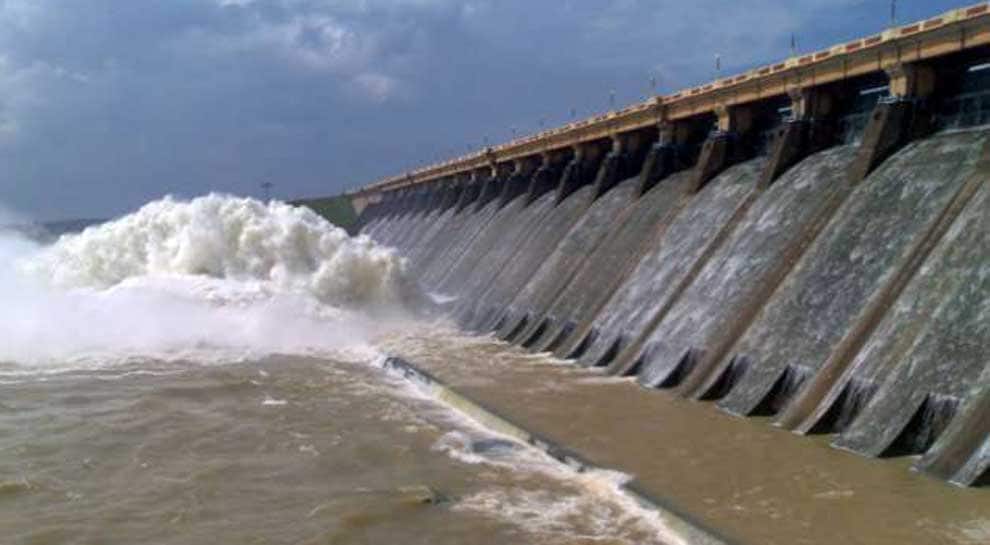 PURI: Hirakud dam, the world’s longest earthen dam, on Wednesday released this season’s first flood water to the River Mahanadi. Like previous years, this year also the water was released from sluice gate no 7.

The scene of water released from the gate is a unique one. Whosoever witnesses the release of the picture once will remember it forever and would come to see it again and again.

But this will soon become history if the government does not come forward to protect the dam on an urgent basis. The dam is in a dying condition, big cracks have developed, and if urgent steps are not taken then at any movement the dam will collapse.

Clearly, the Hirakud dam, which is the world’s longest earthen dam, is struggling for its survival. Due to heavy erosion in the catchment area, the dam has already silted up massively. An analysis by the Central Water Commission in 1995 and studies by the dam authorities revealed that its total storage capacity had gone down by 27.35 per cent due to siltation.

There is every possibility of this going up further.

The Hirakud dam was constructed between 1948 and 1956 as National Project then transferred to Odisha government in the year 1963. Hirakud Dam is built across the Mahanadi River, about 15km from Sambalpur in Orissa.

When the dam was constructed, its life span was assumed to be of nearly one hundred years. But after 75 years, it was observed that the dam is in dying condition.

Bargarh Member of Parliament Suresh Pujari today said that it is high time for the government to do something for the dam. If the central and state government fail to act seriously then the largest earthen dam will collapse at any movement.

Sri Pujari said that a number of big holes and cracks have been created in different parts of the dam. He further said that the iron sluice gate is not functioning properly.

In the last session of Parliament, the dam safety bill 2019 was passed by the House. The bill aimed at developing uniform safety procedures for all dams across the country.

Participating in the debate, Odisha MPs across party line stressed that there is an urgent need to repair and reconstruct the dam.

IMD predicts heavy rainfall in Odisha for next 48 hours