Other than the Olympic Stadium and the Olympic and Paralympic athletes village, Tokyo Metropolitan Government is building eight new competition venues for the Games. 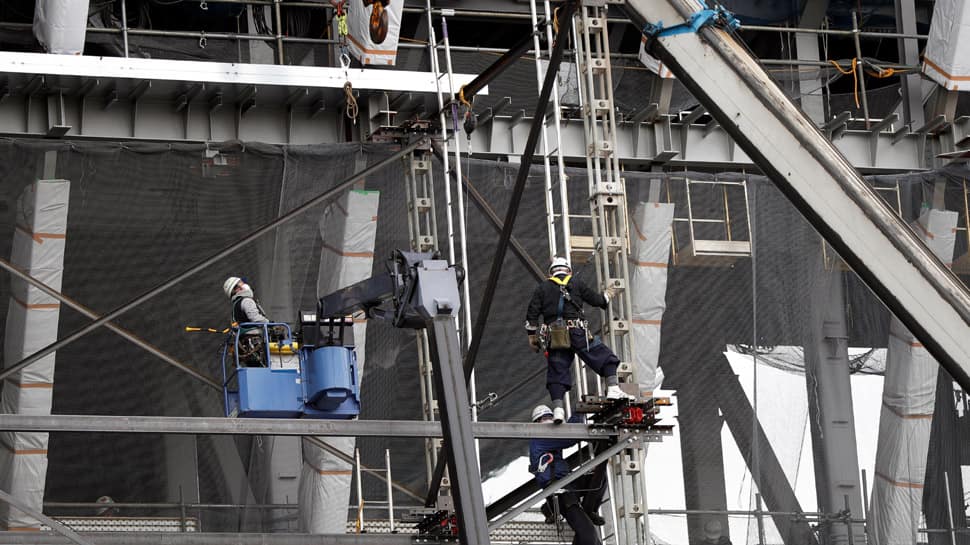 Tokyo 2020 Olympic and Paralympic venues remain on track to be completed in time for test events scheduled for later this year, according to the Games organisers.

Test events for sailing and water polo have already been held but the main bulk to testing is due to begin this summer, including at venues purpose-built for the Games.

Other than the Olympic Stadium and the Olympic and Paralympic athletes village, Tokyo Metropolitan Government (TMG) is building eight new competition venues for the Games.

Many of the events are scheduled to be held at pre-existing venues in a bid to keep costs down.

During a media venue tour on Tuesday, organisers from the TMG said construction goals were being met.

"Each arena is preparing for the test events scheduled for around summer and construction is proceeding smoothly. We're working hard to ensure everything is on time," Tomohiro Terasawa, venue director for the Ariake Arena, told Reuters.

The Ariake Arena, which will host volleyball and wheelchair basketball, is 51 percent completed as on January 2019, the organisers informed.

The Tokyo Aquatics Centre, which will host swimming and diving, is also over half completed while the Sea Forest Waterway, is due to hold a rowing test event as early as August, is almost 80 percent finished.

There have been fears over the venue for tennis at the Tokyo 2020 Games, after the contractor hired to renovate parts of the Ariake Tennis Park went bankrupt in October.

However, the TMG has found a new contractor to work on re-building 17 outdoor courts that should be ready in time for the Olympics.

"For tennis, one part of the construction was delayed. One company's business was doing badly and it went under. The site reviewed its order and currently a new company is doing the construction," said Terasawa.

The All Japan Tennis Championships, to be held in October, will serve as the test event for tennis.

Organisers are confident that renovations to the show court at Ariake, which usually hosts the annual Japan Open, will be ready by that time with minor delays only impacting the outdoor courts.