Instead, the world`s 11th-ranked amateur chose to contest the first women`s major championship of the year, the ANA Inspiration at Mission Hills in California. 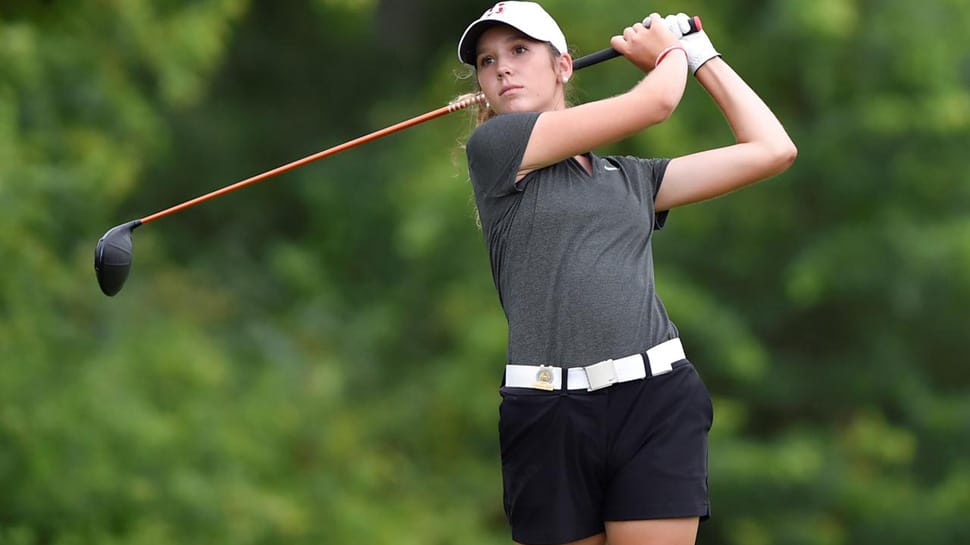 Most amateurs would be green with envy over a rival having the chance to play at the home of the Masters but teenager Rachel Heck had no hesitation in turning down an opportunity to compete in the inaugural Augusta National Women`s Amateur event.

Instead, the world`s 11th-ranked amateur chose to contest the first women`s major championship of the year, the ANA Inspiration at Mission Hills in California.

Heck was amongst the several leading amateurs forced to choose between the Augusta National Women`s tournament that starts in Georgia on Wednesday or the ANA which begins on Thursday.

Leading amateurs had nearly 12 months to weigh the pros and cons of each event since the clash in dates became apparent when Augusta National announced its new tournament, but for Heck, it took more like 12 minutes to decide.

The chance to play with the world`s best women was too good to pass up.

"Last spring we saw that the dates were the same. I also knew without a doubt I couldn`t turn down the ANA," the 17-year-old from Memphis said in a telephone interview with Reuters.

"My experience in majors has been so amazing. This is what I`ve grown up dreaming of."

Heck took no time to show she could compete against battle-hardened professionals in her first two major appearances.

A tie for 33rd at the 2017 U.S. Women`s Open was followed by a share of 44th place at the Evian Championship last year.

Pleased though she was with the results, Heck was even more excited at the chance of playing with some of the game`s elite -- including the Jutanugarns, Ariya, and Moriya, at the Evian.

"I was a really big fan of theirs and I`m an even bigger fan now," Heck said of the Thai sisters.

"They`re the kind of people that made me want to choose the ANA. They are so kind. They didn`t act as if I was some amateur."

"And I played the final round of the U.S. Open with Lexi Thompson when I was 15. She was the same way."

Heck would seem to have a bright future as a professional but is in no hurry. After finishing high school next year she plans to attend Stanford University in California.

"Academics are really important to me and my family," she said. "I want the experience of playing on a team. I think my game is going to improve a lot when I`m there. There`s plenty of time to turn pro after that."

Perhaps there will also be a chance one day to play Augusta National, even if it will be later rather than sooner.

"We all recognize they are two great opportunities," she said of the conflicting events this week.

"There is no wrong decision."

Prize money in women's golf nothing to complain about: Laura Davies