Meanwhile, Phogat had earlier settled for a bronze after thrashing Thi Ly Kiu of Vietnam 10-0 by technical superiority in the bronze medal bout of the 53kg category event. 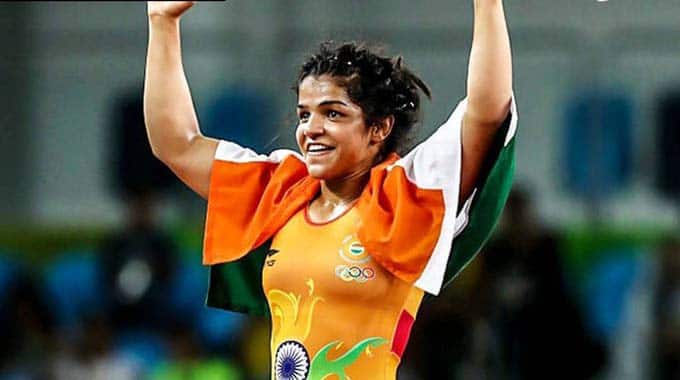 Rio Olympic bronze-medallist Sakshi Malik settled for a silver medal at the ongoing Asian Wrestling Championship after going down against Naomi Ruike of Japan in the final of the women's 65 kg category event at the KD Jadhav Wrestling Hall on Friday.

The 27-year-old Indian grappler failed to execute an attack on her opponent's legs, thus giving a chance to Ruike to clinch two points. Though Sakshi came close to overturning the deficit in the final seconds of the summit showdown, but the Japanese wrestler held her nerves to emerge victorious by 2-0 margin.

Earlier, Sakshi became the only Indian wrestler to qualify for the final of the 2020 Asian Wrestling Championship when she defeated Nabira Esenbaeva of Uzbekistan 5-4 in the last-four clash of the championships.

Meanwhile, Asian Games gold medallist Vinesh Phogat--the other Indian in the fray-- had earlier settled for a bronze after thrashing Thi Ly Kiu of Vietnam 10-0 by technical superiority in the bronze medal bout of the 53kg category event.

Phogat was earlier bowed out of contention for the gold medal in the championship after slumping to defeat at the hands of  Japanese Mayu Mukaida in the quarter-final bout.

In the 62 kg category, Indian wrestler Sonam lost to world champion Aisuluu Tynybekova of Kyrgyzstan 0-11 to lost the chance of winning bronze.