The situation occurred after the 41-year-old defeated  Irish star Finn Balor in a dream match on Sunday night to retain the Universal Championship. 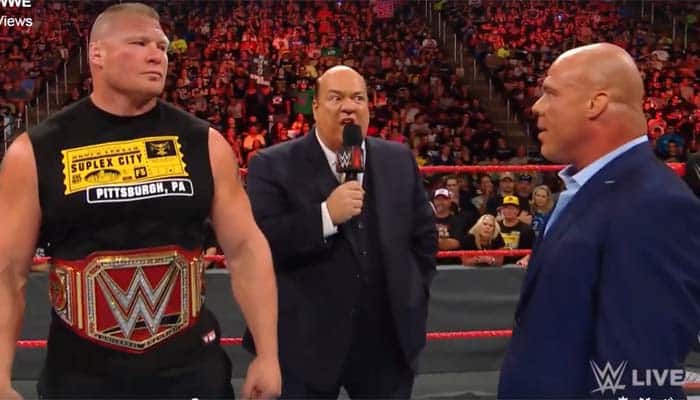 American wrestling professional Brock Lesner recently come up with some pretty hilarious facial expressions during a bout at the WWE Universal Championship at Royal Rumble which started getting a meme treatment in no time.

The situation occurred after the 41-year-old defeated  Irish star Finn Balor in a dream match on Sunday night to retain the Universal Championship.

Lesnar was going for a submission when he yanked his opponent's arm towards the back of his neck and went on opening his eyes and mouth wide to give a crazy face.

As the video and image of him making a funny face on the wrestling mat began to circulate, the memes started flowing in all over Twitter.

Here are some of the interesting memes:

“I just made eye contact with Brock Lesnar” #RoyalRumble pic.twitter.com/vHlONAnKZs

Interestingly, the fight between Balor and Lesnar was not fixed at Rumble until two weeks as Braun Strowman was building towards a probable clash with the American wrestler.

However, World Wrestling Entertainment  (WWE) CEO Vince McMahon removed him from the match.