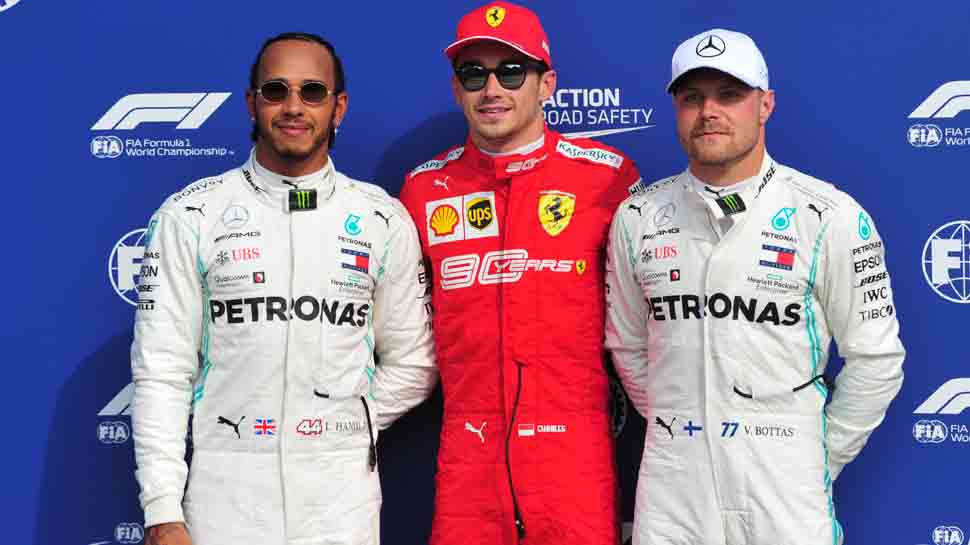 Charles Leclerc put Ferrari on pole position for their home Italian Formula One Grand Prix on Saturday in a qualifying session that ended in farce and with drivers under investigation.

The last lap saw nine drivers cruising around, weaving and braking but with nobody willing to take the lead, and only McLaren`s Carlos Sainz making it to the line in time for a final fast lap.

"The problem was everyone wants a slipstream and nobody wants to go first.... and then everyone looks like idiots."

Stewards said in a note on the timing screens that the last lap was under investigation.

Alfa Romeo`s Kimi Raikkonen, the other driver through to the final phase of qualifying and last year`s pole sitter for Ferrari, had earlier crashed at Parabolica -- halting the session for 11 minutes.

When the session re-started, with Leclerc on provisional pole after setting the pace before the red flag, there were minutes of inaction.

That was followed by a sudden flurry, with cars streaming out of the pitlane and jostling for position in a closely-grouped pack.

The irony of the slowest of qualifying laps at the fastest of tracks, a circuit where slipstreaming can be a huge benefit to lap time, was not lost on Hamilton who has taken more poles than any driver in history.

"It`s interesting. Get pole position on the first run and then just time everyone out," said Hamilton, seemingly pointing the finger of blame at Ferrari, whose army of fans were celebrating anyway.

The pole was Leclerc`s fourth of the season and second in a row. The Monegasque will be chasing his second successive victory on Sunday after winning for the first time in Belgium last weekend.

"I`m happy with pole but it`s a shame at the end it was a big mess and I hoped our last lap was enough," said the youngster.