The second-year professional edged out Brooks Koepka and Rickie Fowler with a final round 67 to finish at nine-under 271. 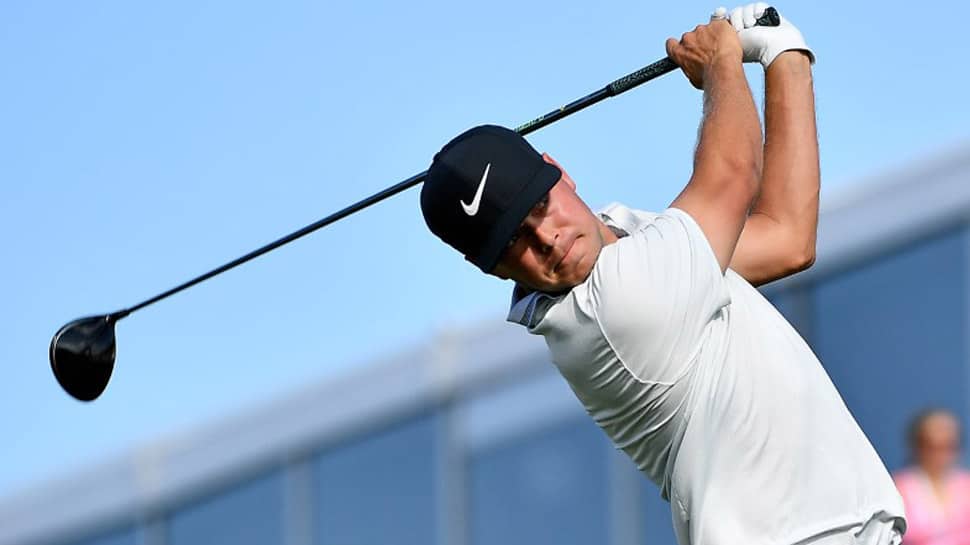 Keith Mitchell sank a clutch 15-foot birdie putt at the last hole, to win his first PGA Tour event with a one-stroke victory at the Honda Classic on Sunday.

The second-year professional edged out Brooks Koepka and Rickie Fowler with a final round 67 to finish at nine-under 271.

The more experienced Koepka (66) and Fowler (67) put the pressure on, but Mitchell denied them a chance at a playoff at PGA National with his long putt.

The 27-year-old began his day with back-to-back bogeys, then roared back with birdies at four of the final seven holes.

"I've been close before and I let my emotions take over. I bogeyed the first couple of holes and I said, 'Not again' "Mitchell told NBC television.

He finished the day with a big smile to go with six birdies and three bogeys.

"I was trying to focus on what was going on. My mind started wandering there a little bit at the end and then I hit a great putt," Mitchell said.

Ryan Palmer (63) and Lucas Glover (66) shared fourth at seven-under 273 and 56-year-old Vijay Singh (70) was sixth at six-under as he missed a chance to become the oldest player to win a PGA Tour event.

A thrilling final nine holes saw as many as six players tied for the lead at Palm Beach Gardens, Florida.

Palmer set the early tone with his splendid early finish that included eight birdies and a bogey in the round of 63. As he watched from the clubhouse for several hours, things heated up on the tough back nine.

Third-round co-leader Wyndham Clark (72-275) and the surging Koepka and Fowler, who made a 45-foot birdie putt at the 17th, also were tied for the top at one point.

Finally, it came down to Mitchell, Koepka and Fowler.

Mitchell birdied the par-three 15th hole from four feet and then made the clutch putt at 18 even though his tee shot ended up in a bunker.

Meanwhile, Singh lost a chance to be in the mix when he hit his tee shot badly at the 17th and the ball rolled into the water.