Coming into the quarterfinal match, the odds were totally against India but the side led by talismanic Rani Rampal and coached by master tactician Sjoerd Marijne exceeded expectations. 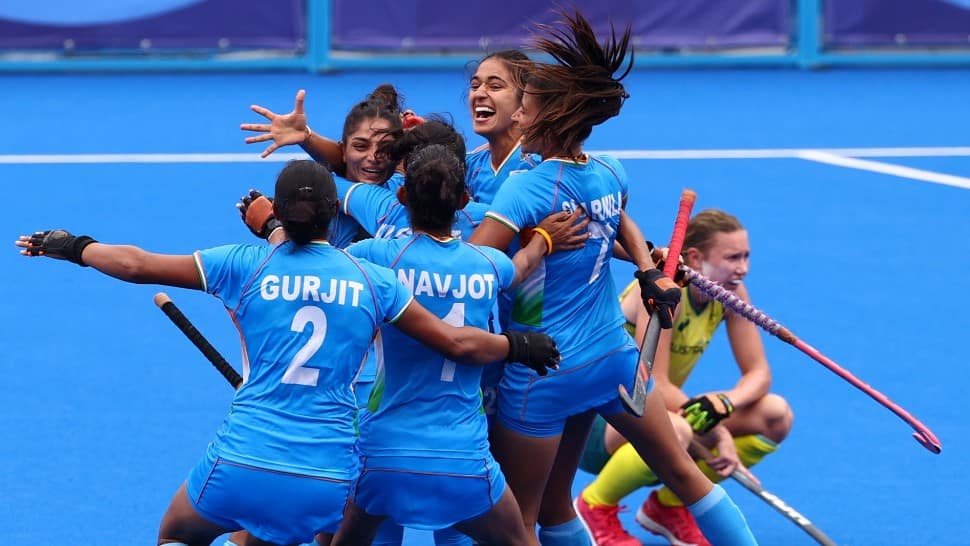 A historic feat already achieved, a rampaging Indian women’s hockey team would aim for more glory when it takes on mighty but beatable Argentina in the semifinals of the Olympic Games on Wednesday (August 4). A bunch of 18 fearless and determined Indian women did the unthinkable when they stunned three-time champions Australia 1-0 on Monday to enter the Olympic semifinals for the first time.

Drag-flicker Gurjit Kaur rose to the occasion when it mattered and converted India's lone penalty corner in the 22nd minute to surprise the world number two side. Coming into the match, the odds were totally against India but the side led by talismanic Rani Rampal and coached by master tactician Sjoerd Marijne exceeded expectations.

India’s best performance in the Olympics came way back in the 1980 Moscow Games where they finished fourth out of six teams. In that edition of the Games, women’s hockey made its debut in the Olympics and the sport was played in a round-robin format with top two teams qualifying for the final.

Come Wednesday, the Indian women would look to surpass the achievements of their more-admired male counterparts here by reaching their first-ever Olympic final. The men’s team fell short against world no.1 Belgium, losing 2-5 in the semifinals on Tuesday. By virtue of their performances here, the Indian women's team also got a major boost when it jumped to seventh in world rankings, their best-ever ranking.

But in world no. 2 Argentina, the Indian women will up against tough opponents who are hungry for Olympic success after missing out in Rio five years back. The Indian defence, led by goalkeeper Savita, had a brilliant outing against the Australians, stoutly defending their 22nd minute goal to register the narrow win.

The likes of Gurjit, Deep Grace Ekka, Monika and Udita will have to come up with similar efforts to stop the Las Leonas, who will be eyeing their maiden Olympic gold here. The Argentina women have won two silver medals at the 2000 Sydney and 2012 London Games but a gold has eluded them.

And they are on course for the yellow metal after reaching the semifinals for the first time since 2012, stunning 2016 Olympic bronze medallist Germany 3-0. But having registered three wins on the trot after as many loses, the momentum is in India's favour.

The recent head-to-head record, however, gives Argentina the edge. Before the Olympics earlier this year, the Indian women’s team toured Argentina as part of preparation for the Games.

India played seven matches there – the first two against the Argentine youth team which the visitors drew 2-2 and 1-1. India then played two matches against Argentina's B team and lost both 1-2 and 2-3 respectively.

Against Argentina senior side, India played three games, managing a 1-1 draw and losing 0-2 and 2-3 respectively. India captain Rani’s eyes are already set on the big final as she said on Tuesday that the win over Australia is a thing of the past and their focus is on the remaining two games in the competition.

“We made history by just reaching the semifinals and now we are looking forward to the semifinals, because we don't want to just finish here,” Rani had said. “In this tournament there's two more games left for winning medals,” she said.

India vs Argentina Tokyo Olympics semifinal will be shown live on Sony Six and livestreamed on Sonyliv.com and Sonyliv app from 330pm onwards on Wednesday (August 4).