Nehwal has picked up her maiden Indonesia Masters title after making it to the summit showdown of the tournament for the second consecutive time. 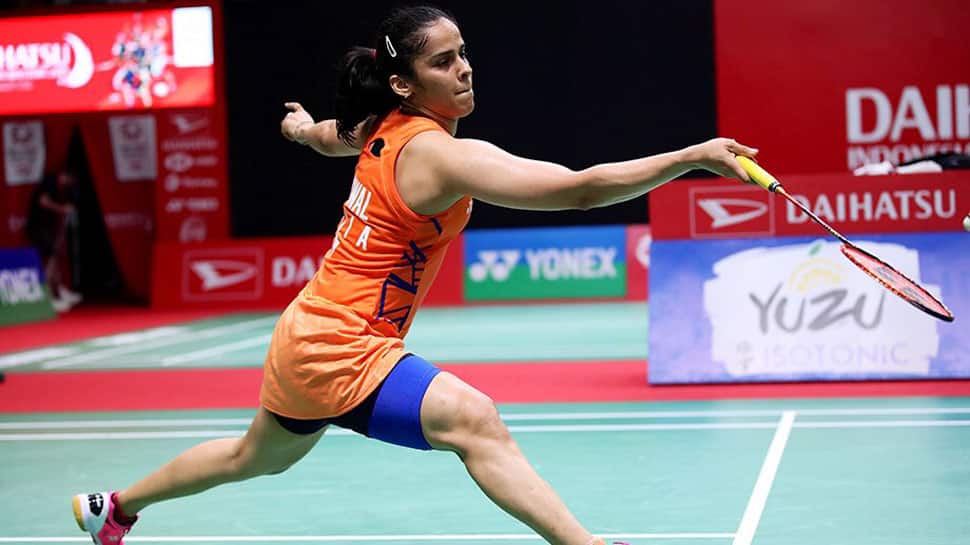 Ace Indian shuttler Saina Nehwal clinched this year's Indonesia Masters title after her Spanish opponent Carolina Marin retired due to an injury during the final match of the women's singles event in Jakarta, Indonesia on Sunday.

The eighth-seed Indian was trailing by 4-10 in the opening game before the Rio Olympic gold-medallist injured her knee while attempting to defend a shot from Nehwal.

Marin kicked off the final match against Nehwal strongly as she marched to a 9-3 lead in the first game before landing awkwardly on her right foot. Though the Spanish shuttler continued to play the match, she could not resist after two more points.

As a result, Nehwal has picked up her maiden Indonesian Masters title after making it to the summit showdown of the tournament for the second consecutive time.

Earlier, Nehwal stormed into the finals of the tournament for the second time in a row after registering a 18-21, 21-12, 21-18 victory against world championship bronze-medallist He Bingjiao of China.

Nehwal had a terrific 2018 year, having claimed a gold medal at the 2018 Commonwealth Games, a bronze at the Asian Games besides also making it to the finals in Denmark Masters, Indonesia Masters and Syed Modi International.