A video of the ugly scenes which has been circulating throughout social media shows Hong Kong number 23 Jonathan Wong being beaten up by two Shenzhen hockey players. 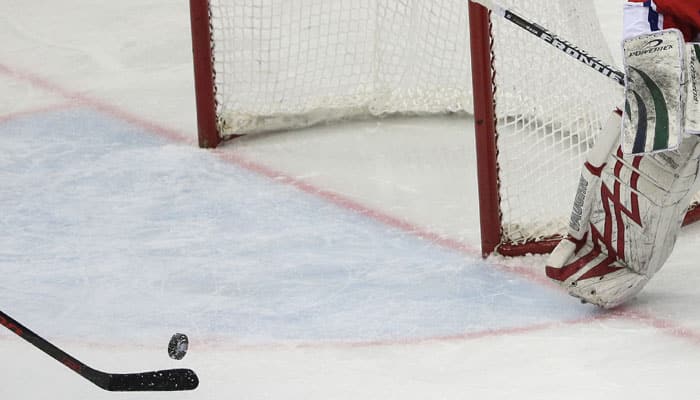 In a bizarre incident, a violent brawl broke out between the players of Hong Kong and Shenzhen during an ice hockey clash at the National Youth Games in Chengde in China recently.

With just one minute left in the match, the Hong Kong youth ice hockey team was comfortably leading by 11-2 and looking to exit the arena quietly with a victory when some Shenzhen players launched an attack on them.

A video of the ugly scenes which has been circulating throughout social media shows Hong Kong number 23 Jonathan Wong being beaten up by two Shenzhen hockey players despite several requests from a woman outside the rink to stop the fight.

Nearly ever fighting code broken in this disgraceful brawl at the 2nd annual youth games in Hong Kong. pic.twitter.com/e8ptuPedEZ

Three Shenzhen players involved in the brawl have been suspended for one year by the organisers, the Hong Kong Ice Hockey Association confirmed.

While there are no reports of serious injuries to the Hong Kong players as a result of the assault,  the Chinese Ice Hockey Association assured that such kind of incident would never happen again.

As far as the tournament is concerned, Hong Kong finished their run in the National Youth Games at the fifth spot with three wins and two defeats.