The Tamil Thalaivas star started the seventh season of the Pro Kabaddi League (PKL) with a bang after amassing 12 points in his very first game and became the chief architect during his team`s thumping win over Telugu Titans. 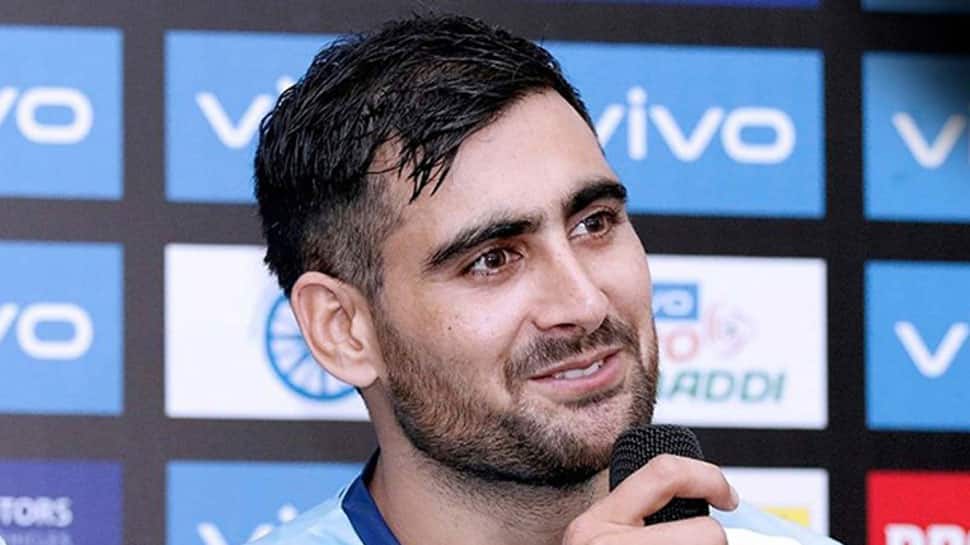 Hyderabad: In the world of Kabaddi, he has been nicknamed as the `Raid Machine` because people say- "Rahul jaata hai to point le kar hi aata hai (Rahul doesn`t return empty-handed)".

Looking at Rahul`s stature, his previous season was average as Chaudhary could only manage 151 points from 21 games for the Telugu Titans.

The Tamil Thalaivas star, however, started the seventh season of Pro Kabaddi League (PKL) with a bang after amassing 12 points in his very first game and became the chief architect during his team`s thumping win over Telugu Titans, his old team.

On Sunday night, Tamil Thalaivas thrashed hosts Telugu Titans 39-24 in a PKL clash and Rahul starred not only with his fantastic raid attempts but also contributed by chipping in with two tackle points.

The ace raider, who has been signed by the Thalaivas in this year`s auction for a massive amount of Rs 93 lakhs, leads the history of the PKL charts when it comes to total points in all seasons (888 points), of which 835 were earned from raiding and the remaining 53 from tackles.

Talking to IANS, Rahul spoke on his performance and said: "I was playing freely as Ajay (Thakur) was behind me. When I have support like him and Manjeet (Chillar) who is our king of defence, I don`t have any fear of either any team or their defence."

"Ajay stands like a rock behind me. Ajay just asks me to go and do whatever I can and whenever I have played with him, I give my hundred per cent," he added.

Recalling his old days, Rahul said: "I felt we were playing together again for Air India when he (Ajay) used to stand behind me and motivate me. It was like a new start for me again."

Rahul also said that as he had played many seasons with the Titans, he and the opposition were aware of each other`s strengths and weaknesses.

"As I had played with them, they were aware of me and I was of them. Their defence and star player Siddharth (Desai), who again is a great raider, didn`t click. We had a plan and played as a unit and that is why we were successful at the end," he said.

"These players show they want to play a team game. They don`t just want to bring in raiding points but I have seen them supporting their defenders and advising them. These young guys don`t play for themselves but they want to lift the team as a whole which is great for the future of Indian kabaddi."

"There are many raiders who don`t even know what`s going on with their defence but these young players aren`t like that as they know it`s a team game and you have to be with everyone. If any department fails, it will result in a loss and these guys know this very well," he added.

The ongoing seventh season of the PKL has been so far focused on physical toughness. However, the Raid Machine feels the sport also needs the same amount of mental strength.

"It is not just about physical toughness. You also need immense mental toughness. You need your mind to work in every direction as both the eyes should be aware of every player in the opposition. If your eyes fail to catch the movement of any of the seven players, anyone can tackle you," Chaudhary claimed.

"Yes, you need strength in this game but at the same time you also need your brain to work and be cautious of every movement of the opposition, it is simply a combination, not just a single task," Rahul explained.