McLaren could turn to Fernando Alonso if they need a reserve

Double world champion Alonso, 37, left Formula One at the end of last season but is set to compete with McLaren at the Indianapolis 500 in May. 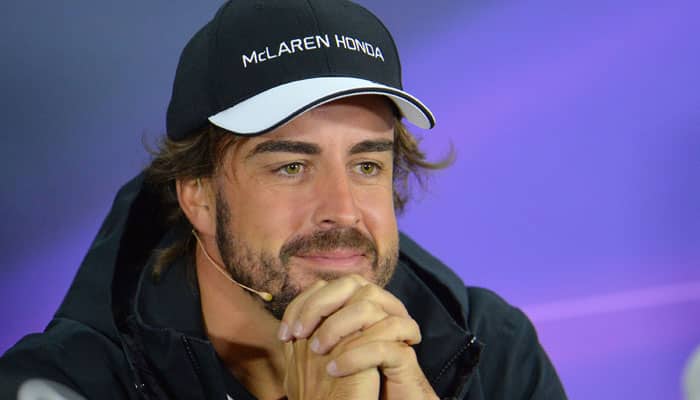 McLaren indicated on Thursday that retired double Formula One world champion Fernando Alonso could stand in as a reserve driver for the team if needed this season.

The former champions have a new driver lineup this season, with 19-year-old British rookie Lando Norris and 24-year-old Spaniard Carlos Sainz, but have yet to name an official reserve.

Brazilian Sergio Sette Camara has been appointed as test and development driver but has yet to secure sufficient points to obtain the necessary super license.

Double world champion Alonso, 37, left Formula One at the end of last season but is set to compete with McLaren at the Indianapolis 500 in May.

Asked whether the Spaniard might be approached to step back into the F1 cockpit should the necessity arise, Brown indicated as much without giving a direct answer.

"Fernando`s still part of the team with our Indy 500 project," he said.

"I think we’d probably stop short of announcing a reserve driver, but I think there`s a variety of drivers out there that if we need someone on short notice could fill that role," Brown added.

McLaren needed a reserve in 2016 when Alonso was injured in the season-opening Australian Grand Prix and had to miss the following round in Bahrain with Belgian Stoffel Vandoorne stepping in.

Vandoorne is now competing in the all-electric Formula E series.

Brown had earlier played down media speculation that Alonso could take part in pre-season testing in Barcelona, without entirely ruling it out.

"Right now, we`re taking testing one day at a time and focusing on our racing drivers," he said.

"I think any time you go into pre-season testing and are doing anything from reliability to performance, you kind of have a set plan but work at it one day at a time," Brown signed off.