The Steelers witnessed a collective effort from both their raiders and defenders as Vikas Kandola and Prashant Kumar Rai picked up 13 and eight points. 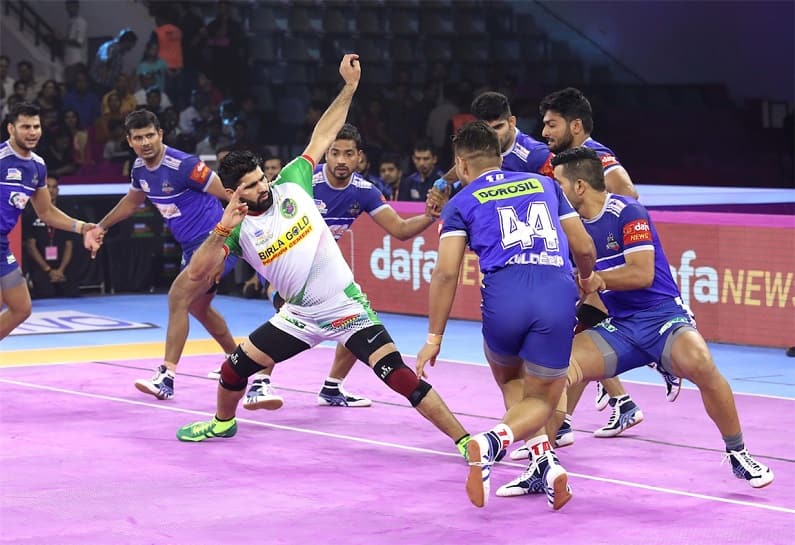 Jaipur: Pardeep Narwal's stunning 17 raid points went in vain as they were not enough to stop his side Patna Pirates from suffering a 34-39 defeat against Haryana Steelers in a Pro Kabaddi League (PKL) contest at the Sawai Mansingh Stadium here on Monday.

The Steelers witnessed a collective effort from both their raiders and defenders as Vikas Kandola and Prashant Kumar Rai picked up 13 and eight points.

Despite the loss, Patna moved a place ahead in the team points-table to be at the ninth spot with 39 points in their kitty and kept their playoffs hopes alive. On the other hand, Haryana maintain their third place with 59 points.

Both the teams shared raid and tackle points in the first six minutes to be level at 6-6 before Ravi Kumar's successful tackle of Pardeep handed Haryana a one point lead. Vikas' brilliant two-point raid in the ninth minute helped his side inflict an All-Out to extend Haryana's lead to 11-6.

Pardeep tried his best to level the score, however, Haryana's collective effort saw them ending the first half with a 17-15 lead.

A couple of back to back points by Pardeep saw Patna levelling the scoreline at 17-17 in the 21st minute.

Haryana's raiders and defenders kept on striking as once again they took a marginal 21-17 lead in the 24th minute. Three minutes later, Haryana inflicted another All-Out to extend their lead 27-21.

Pardeep kept on fetching points at regular intervals to cut the deficit to 26-29 but lacked support from others. On the other side, Haryana kept on collecting points through its raiders and defenders as they swiftly took a 34-26 lead with just five minutes left.

Patna suffered their third All-Out of the game which saw their opponents taking a huge 38-29 lead in the 37th minute and Haryana went on to dominate the remaining moments to register a comfortable 39-34 win.