Captain and raider Pardeep Narwal led from the front for Patna as he contributed 15 raiding points, while fellow raider Maonu Goyat chipped in with eight points. 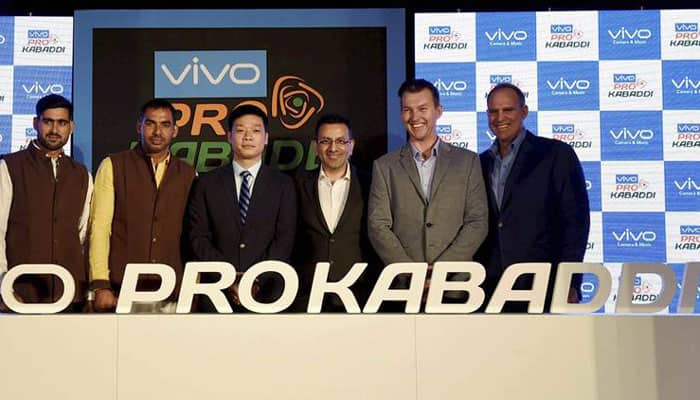 Captain and raider Pardeep Narwal led from the front for Patna as he contributed 15 raiding points, while fellow raider Maonu Goyat chipped in with eight points.

But all of the four top performers for Telugu were outshone by Pardeep, on whom Patna rode to victory. Pardeep was the main difference between the teams from the start.

In the first-half, Telugu were looking to walk away with the game with a 10-7 lead following Goyat`s failed raid and Salunke`s successful raid that gave the hosts a good position in the 14th minute.

Pardeep, however, kept earning points as Patna refused to surrender for an all out. Patna Pirates tied the game at 12-12 in 19th minute with a super tackle. In the last minute of the first-half Patna forced another super tackle to lead 15-14.

Four minutes into the second-half, Telugu inflicted an all out in the 24th minute as they led 19-16.

Salunke scored two points in the 31st minute as Telugu led 24-21. Patna managed to control Rahul, while Pardeep scored his eighth raid point as Patna reduced the deficit to just one point in the 34th minute.

Narwal scored three points with a brilliant super raid in the 35th minute to give Patna Pirates 27-25 lead.

In the following minute, Telugu were all out, conceding a lead of four points at 26-31 to Patna.

Rahul continued his struggle as Patna led 33-26 after 38 minutes. Salunke scored two points to give Telugu Titans a glimmer of hope as they trailed 28-33 in the 39th minute but it was already late.

"I couldn`t give my best. I let the team down. I will correct my mistakes and come back strongly in the next match," Rahul said.