Jadeja who has been in excellent form for the Indian team during the ongoing Test series against West Indies joins the list of cricketers to receive the award which includes Virat Kohli, Rahul Dravid, and Sachin Tendulkar. 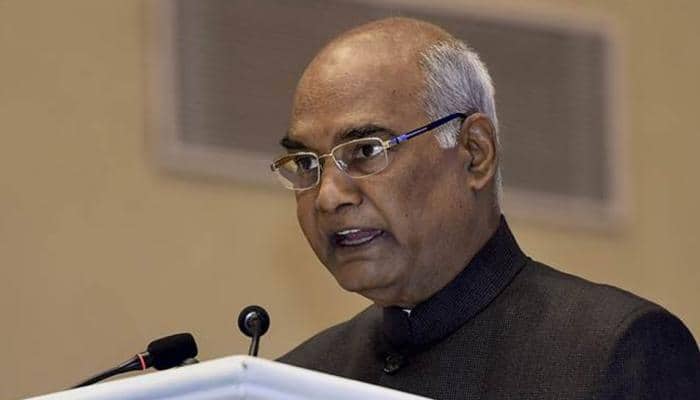 President Ram Nath Kovind on Thursday conferred the Arjuna award on 19 sportspersons, including cricketers Ravindra Jadeja and Poonam Yadav at the Rashtrapati Bhavan in New Delhi.

Jadeja who has been in excellent form for the Indian team during the ongoing Test series against West Indies joins the list of cricketers to receive the award which includes Virat Kohli, Rahul Dravid, and Sachin Tendulkar.

Sai Praneeth has been a consistent performer in badminton over the last few years with gold medals in the BWF Grand Prix and Singapore Open which were held in 2017, along with a Bronze Medal in the BWF Tour Super 300 in 2018.

Gurpreet Singh Sandhu is the 26th footballer to receive the prestigious award and the fourth goalkeeper in a list which includes Subrata Paul, Brahmanand Sankhwalkar and the late Peter Thangaraj.

Sandhu is the first Indian to have debut in a UEFA competition, after being part of a UEFA Europa League qualifier. The goalkeeper has been a vital performer for the national football team with an unbeaten streak of 12 official International matches from June 2016 to November 2017.

The Arjuna award was first bestowed by India's Ministry of Youth Affairs and Sports in 1961. It recognises leadership qualities, sporting excellence, and sportsmanship over a period of four years. Every awardee receives a bronze statue of Arjuna, a scroll and a cash prize.

Here is the complete list of the 19 sportsmen who have been conferred the Arjuna Award 2019:

Will not beg Bharat Ratna for my father: Hockey legend Dhyan Chand's son