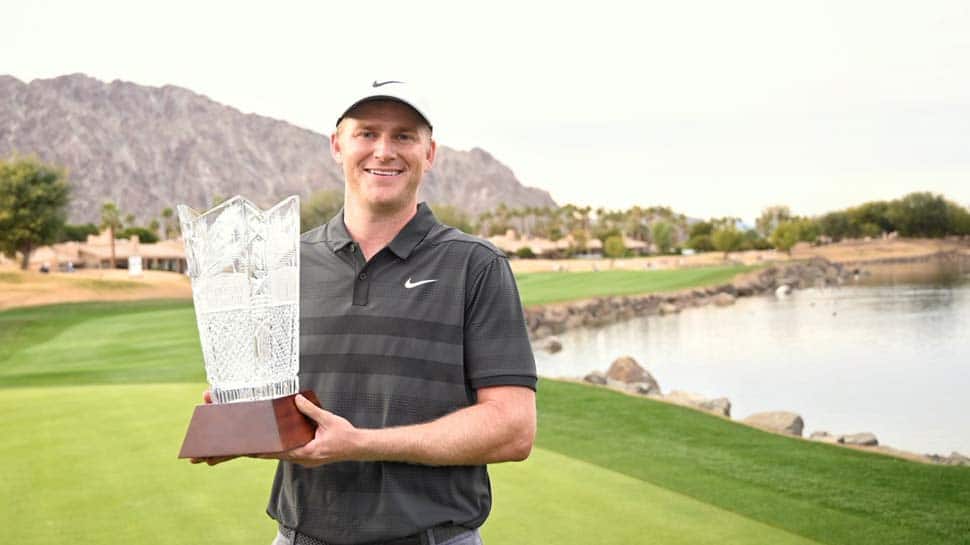 Rookie Adam Long birdied the final hole to edge Phil Mickelson and Adam Hadwin by a stroke to collect his first PGA Tour victory at the Desert Classic in southern California on Sunday.

The three had been tied before Long sank a 14-foot putt to shoot a seven-under-par 65 and prevail with a 26-under 262 in his sixth appearance on the PGA Tour.

Mickelson (69), who had led the first three rounds at La Quinta Country Club, and Canadian Hadwin (67) finished at 25-under.

"I got a pretty good read off Phil's putt," Long told Golf Channel about the last hole.

"It was one of those putts that you just stand over, you just know you're going to make. And you can't control that, but when you have that feeling it's a good one. I`m in pretty disbelief right now. I don't really know what happened," he added.

Hadwin had a three-stroke lead on the back nine at one point while Mickelson experienced putting problems before rallying to catch Long and the Canadian.

A clutch approach shot with the ball below his feet that set up Long's closing putt was key for the American, who made seven birdies, three of them in the last five holes.

"I just kept plugging away. It was kind of the `Phil and Adam Hadwin show` for most of the way. Everyone was chatting Phil's name and there are a lot of Canadians down here. I was kind of in the background doing my thing and trying to hit some fairways and give myself looks for birdies," Long said.

"It seemed like it (the win) came out of nowhere but my game has been trending in the right direction for really the last two years now," he added

Mickelson, who started the day with a two-stroke lead over Hadwin, three-putted his opening hole for a bogey.

With Mickelson struggling with the putter, Hadwin took advantage by birdieing five of the seven holes from the fifth to overhaul the Hall of Famer.

A two-shot swing at the ninth hole where Hadwin collected a birdie and Mickelson a bogey was key in the turnaround as the Canadian went on to build a three-stroke lead.

But a bogey at 13 slowed his march and he never made another birdie, while Long got hot and Mickelson, despite his putting woes, made birdies at 15 and 16 to move back into contention.

"I had a terrible putting day. One of the worst I can recall in a while," said Mickelson, who was playing his first PGA Tour event of the year.

Mickelson signed off by saying, "I missed a bunch of short ones on the front and some birdie opportunities but it felt awful with the putter. I just couldn't get the ball to go in the hole."