Despite not capitalising on a few errors on the South Korean’s part, Atanu Das forced a shoot-off after managing to tie the fifth set 28-28. 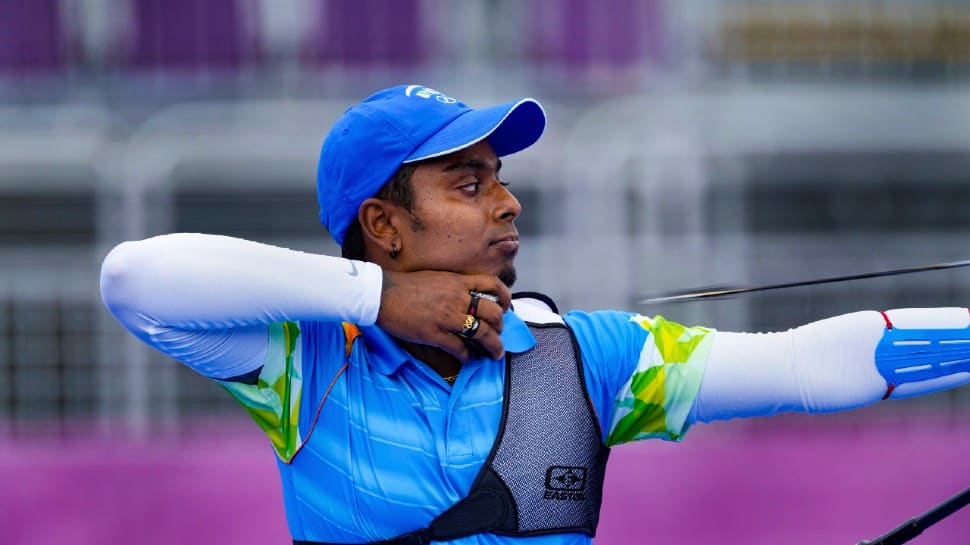 Indian archer Atanu Das hit a nervous 10 in the shootoff to triumph over two-time Olympic gold medallist Oh Jinhyek of South Korea to go through to the pre-quarterfinals in the men’s individual event at the Tokyo Olympics on Thursday (July 29). Das got off to a shaky start, losing the first end 26-25. He came back to tie the second and third ends 27-27 and then won the fourth 27-22 to make the overall score 4-4.

Despite not capitalising on a few errors on the South Korean’s part, Das forced a shoot-off after managing to tie the fifth set 28-28. Jinyek managed to score 9 in the shoot-off. Das took his time, but held his nerves to score 10 to seal the match in his favour.

Earlier in the day, Das defeated Chinese Taipei’s Den Yu-Cheng (who just won the men's team silver medal) 6-4 in the round of 64 elimination. He faces Takaharu Furukawa of Japan next in the round of 16.

Returning to action after the humiliation, Das showed amazing resilience as he bounced back from being 2-4 to edge out the Korean great by shooting a perfect 10 in the one-arrow shootoff.

Recurve archer @ArcherAtanu
wins against 3rd ranked Oh Jinhyek of South Korea in a 6-5 thriller to qualify for the next round.

Oh had won the individual gold medal in London 2012 and was a member of the gold medal winning team at the ongoing Tokyo Games. He was also part of the bronze-wining team at 2012 Olympics. Das and his world number one wife Deepika Kumari are the two Indians left in the fray. Deepika has also made the round of 16.

Das saw off a tough challenge from Chinese Taipei's Deng Yu-Cheng earlier in the day. Both the players won two sets each following some intense shooting to be tied 4-4 and in the decider too they were going neck-and-neck till 19-all.

But the archer from Chinese Taipei crumbled under pressure, misfiring a 7 as Das, who had slipped behind rookie Jadhav in the ranking round on Friday, held his nerve to seal a 6-4 win after drilling in a 9 in the yellow-ring.