After a 300-yard drive, Knox used a three-wood for his rare feat at the par-five 11th hole at Innisbrook Resort and his ball trickled into the hole at perfect speed. 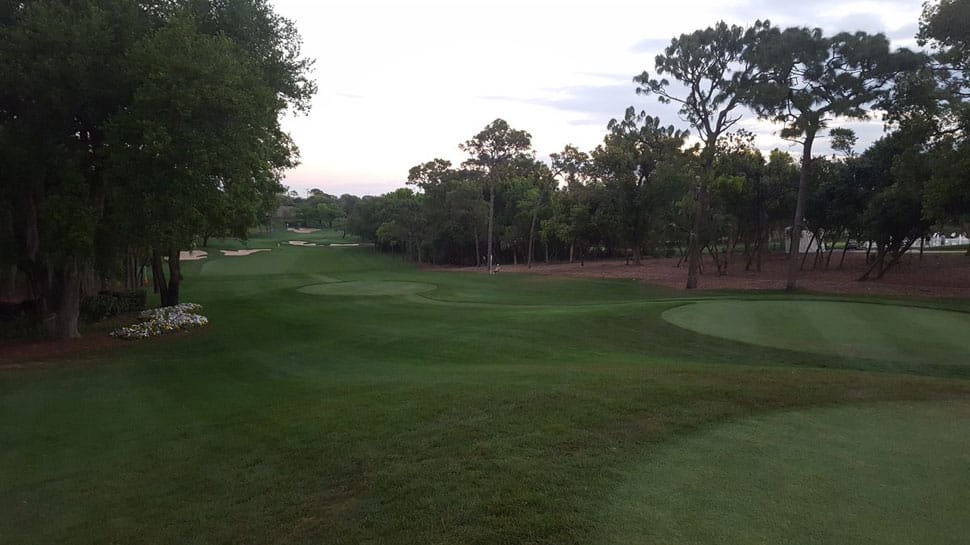 An albatross from 275 yards helped Russell Knox vault within one stroke of first-round leaders Sepp Straka and Joel Dahmen at the Valspar Championship in Palm Harbor, Florida on Thursday.

After a 300-yard drive, Knox used a three-wood for his rare feat at the par-five 11th hole at Innisbrook Resort and his ball trickled into the hole at perfect speed.

"It was a good way to go from plus two to minus one very quickly," the Scot told PGA Tour radio after carding a four-under-par 67.

"I hit a beautiful drive and I knew if I hit a nice three-wood down there I`d be somewhere near the green and that`s really all I was really looking for."

"I smoked it right on line and it was right down the flag the whole way and it just carried the bunker and kicked on, rolled, rolled, rolled and in she went. I would have been delighted with a birdie."

It was the second albatross in a week on the PGA Tour, after American Harris English recorded one at the Players Championship.

Apart from picking up three strokes in one fell swoop with the albatross, it lit a spark that led to three birdies in the final six holes for Knox, who double-bogeyed the ninth.

"This was a huge kick start and all of a sudden the smile on my face got a little bigger and I was able to hit some good shots," said the two-times PGA Tour winner.

Straka and Dahmen also played in the morning on a day when nearly all the best scores were posted early, before a breeze and firm conditions created a stern afternoon test.

Vienna-born Straka, the first Austrian to hold PGA Tour membership, waltzed to his 66 with the only bogey-free round of the day while American Dahmen had one blemish on his card.
Englishman Luke Donald and American Kevin Kisner joined Knox on 67.

Former world number one Donald enjoyed a fruitful start to what is only his fourth event in the past 11 months due to a back problem.

"Forty years old, they say things start breaking down a little bit, but hopefully this is pretty short-term and now I can go on for a few more years and enjoy some good golf," said Donald who topped the rankings for 56 weeks in 2011-12.

Current world number one Dustin Johnson fired a 69 and Australian Jason Day, a former number one, stumbled to a 74.

Patrick Reed shot 77 three weeks before he will defend his Masters title at the year`s first major. His card included three double-bogeys.

Seventeen-year-old Akshay Bhatia bogeyed three of his final four holes for a 74 in his first round on the PGA Tour.

The much-hyped amateur from North Carolina is playing on a sponsor exemption.