The death of the jinking winger, who scored 14 tries in 27 appearances for the Springboks, including four in a single test, comes just weeks before the World Cup kicks off in Japan. 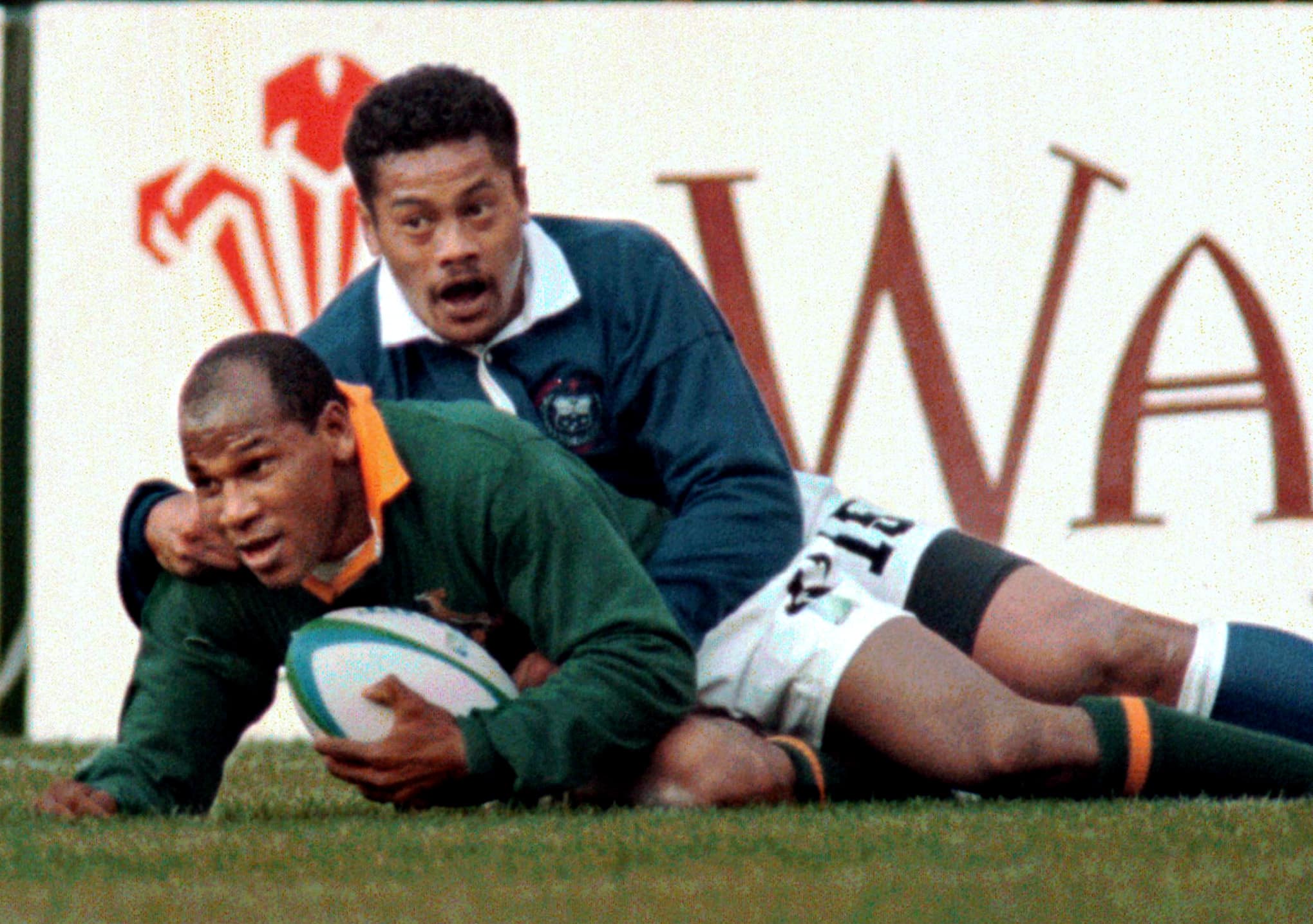 World Cup winner Chester Williams, who broke racial barriers to emerge a national hero as one of South Africa’s first black rugby union internationals, died after a suspected heart attack on Friday. He was 49.

The death of the jinking winger, who scored 14 tries in 27 appearances for the Springboks, including four in a single test, comes just weeks before the World Cup kicks off in Japan. He was due to attend as one of the event’s past legends.

The Springboks, who are in Japan preparing for the tournament, were devastated by the news of his death, coach Rassie Erasmus said.

“This was horrible news to wake up to,” Erasmus said in a statement. “There was a very sombre mood in the breakfast room, it really is unbelievable news.

“Only this week our management team was chatting to Chester about his plans to come to the tournament and about tickets for Rugby World Cup matches.

“It will take us some time to get over this shock.”

Williams’ death is the second in less than two months from South Africa’s title-winning side of 1995 in which he was the only non-white player.

Williams’ try-scoring exploits, and trademark broad smile, made him an instant hero and gave black South Africans a reason to support the Springboks in the early years of the country’s transition away from apartheid.

He had been injured before the World Cup but returned for the quarter-final against Western Samoa, becoming a household name overnight after scoring four tries in a 42-14 win.

Player of the year in South Africa in 1994, Williams’ career was plagued by knee injuries that restricted his test appearances.

“The news of Chester’s passing is devastating and hard to believe, as he was still young and seemingly in good health,” said SA Rugby president Mark Alexander.

“Chester was a true pioneer in South African rugby and his performances at the World Cup in 1995, as a snapshot of his Springbok career, will forever be etched in the hearts and minds of our rugby public. His influence stretched wider than just the rugby world.”

Kobus Wiese, a ‘95 team mate, paid tribute to “a talented player, an important member of our rugby family, a loving father who adored his children, a man loved by his community.”

“As a group our hearts are bleeding and filled with sadness at the loss of our brother,” he added

Williams, married with three children, turned to coaching after his playing days, starting with the South African sevens side that won bronze at the Commonwealth Games in 2002. He worked later in Uganda, Romania and Tunisia.

He was coaching the University of the Western Cape at the time of his death and had recently launched his own beer to coincide with the Rugby World Cup build-up.