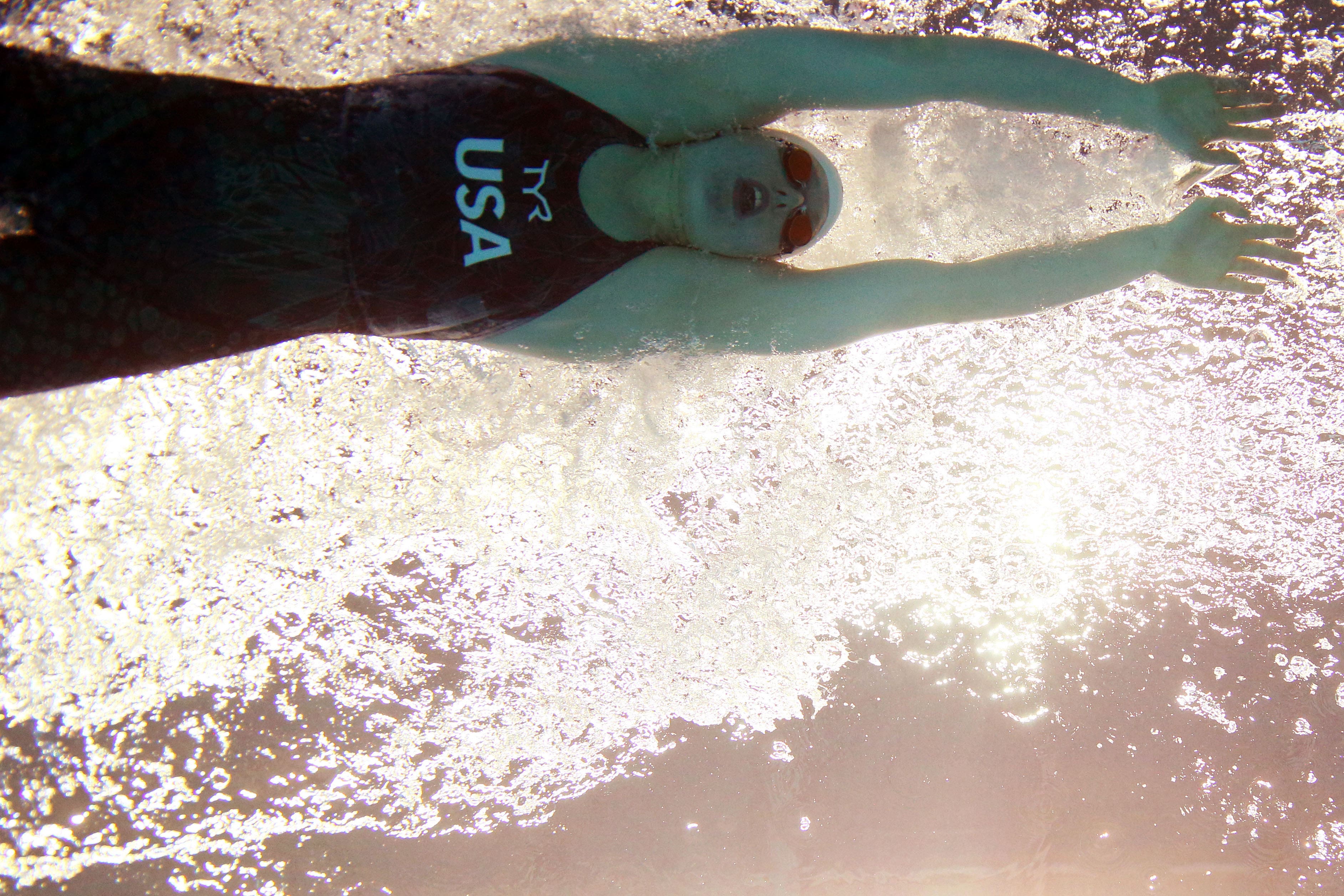 World record holder and defending champion Lilly King was upstaged by 14-year-old Italian Benedetta Pilato in the women’s 50 metres breaststroke heats at the world swimming championships on Saturday in Gwangju.

After being disqualified in the 200 heats for a non-simultaneous touch on Thursday, King said she was glad of the straightforward dash of the 50.

“I’m honestly just glad I didn’t have to do a turn in that race,” she said, adding that she had to put the controversial disqualification behind her.

“I knew that Team USA was pulling out every stop they could to try and get the DQ overturned so keeping that in the back of my mind I think, just kind of kept me calm throughout the day.

In the women’s 50 freestyle heats, Sarah Sjostrom topped the times ahead of Australia’s Cate Campbell, setting up another battle between the two sprinters. The pair went stroke for stroke in the 100 final but were pipped by defending champion Simone Manuel in Friday’s late session.

“I was a little bit blurry eyed when my alarm went off but really happy with this morning’s swim,” said Campbell. “It got me through to the semi-final which is all I needed to do.

“I’ve managed to get on the podium every time I’ve swum the 100 at a world championships, which is a pretty remarkable achievement in itself so I am focusing on the positives and moving forward.”

Gregorio Paltrinieri, who won gold in the men’s 800 freestyle, had a strong swim in the 1,500 heats, qualifying fastest for the final while America’s mixed 4x100 freestyle relay team went into the final quickest ahead of Australia and Canada.