And fans can't stop showering their love on the beauties! 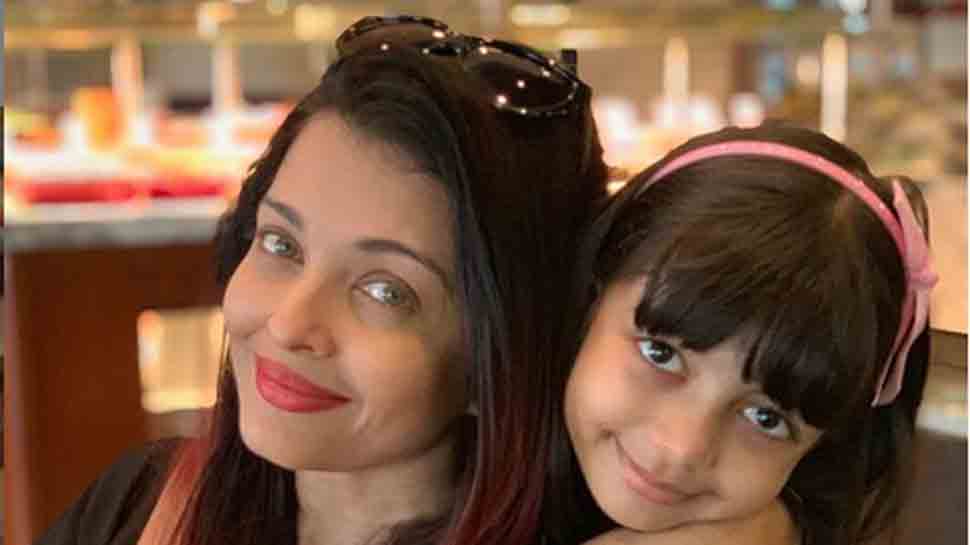 New Delhi: After sharing an endearing picture with his wife Aishwarya Rai Bachchan and daughter Aardhya, actor Abhishek Bachchan has shared another picture from his vacation diaries. However, this time, the 'Manmarziyaan' actor excluded himself from the frame.

The oh-so-lovely portrait of Aishwarya and Aaradhya shows the little princess hugging her mother from behind. He captioned the picture as 'Mine'. And We can't take our eyes off the Bachchans in the cutesy click! While Aaradhya, who recently turned seven in November 2018, looked cute in a multi-coloured frock and pink hairband, Aish glows in the no-makeup look. Check it out! 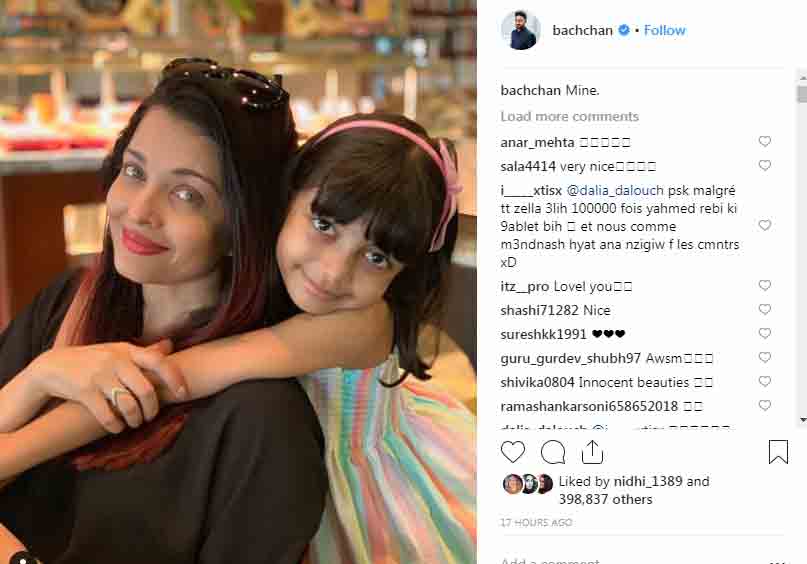 Like other Bollywood celebrities, Abhishek and Aishwarya rang in the New Year in an undisclosed location, away from their home. The trio was clicked by the paparazzi at Mumbai airport on late Thursday as they arrived back from their holiday.

On the work front, Abhishek was recently seen in Anurag Kashyap's 'Manmarziyaan' which also starred Taapsee Pannu and Vicky Kaushal. The film received positive reviews from the critics but failed to perform at the box office. The actor will soon share screen space with his wife Aishwarya in a film titled 'Gulab Jamun'. Anurag Kashyap will produce the film which will be directed by Sarvesh Mewara.

Abhishek is also set to make his digital debut as he will soon start shooting for the second season of Amazon's web-series 'Breathe', co-starring Amit Sadh.

Cardi B halts concert to adjust her ensemble