She has a quirky sense of style and often shares her pictures/videos on social media platforms. 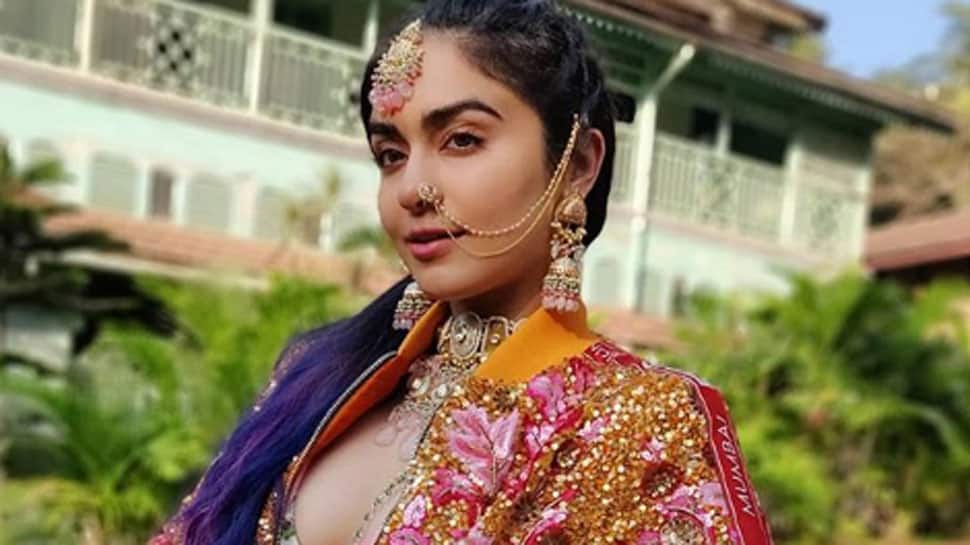 New Delhi: Bollywood actress Adah Sharma is a famous name down south as well. She has acted in a number of hit ventures and is gearing up for her upcoming projects in full swing. The stunner of an actress also has a solid Instagram fanbase.

She has a quirky sense of style and often shares her pictures/videos on social media platforms. She recently posted pictures of her look for the Hello Magazine India's red carpet. The actress can be seen taking fusion dressing to another level for Hello Hall Of Fame 2019.

She wrote: “Poll : Do you love this look ? YES OR YESSSSS

Bomber jacket with a lehenga and a nath

Poll : Do you love this look ? YES OR YESSSSS  . . Decided to have some fun for the red carpet of @hellomagindia #hhof19 #hellohalloffame Bomber jacket with a lehenga and a nath. Bomber - @narendrakumarahmed Lehenga- @kalkifashion Accessories - @kohar_jewellery . . . Styled by- @juhi.ali Hmu- @snehal_uk

The picture has gone viral on the internet with as many as 212545 likes already.

Red carpet ready ! Wear what you want , live how you like actually live like you were dying Tomo ! (Also pose wherever you please

The actress is a popular name in Telugu film industry as she featured in several hit films, be it her debut 'Heart Attack' or her last film 'Kshanam' which was remade in Hindi as 'Baaghi 2'.

The quirky actress will be seen in 'Soulmate' which happens to be bilingual in English and Hindi where she will be seen playing a double role. She has also bagged her next big Telugu venture titled 'Kalki'. Dr Rajasekhar film is helmed by 'Queen' director Prasanth Varma and produced by C Kalyan.