Aditi Rao Hydari's audition story: Had to make out with stranger

Actress Aditi Rao Hydari says during her audition for "Yeh Saali Zindagi", she had to get intimate with a stranger. 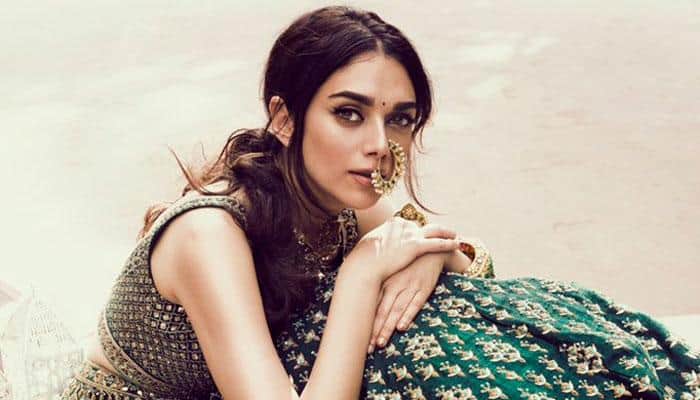 Mumbai: Actress Aditi Rao Hydari says during her audition for "Yeh Saali Zindagi", she had to get intimate with a stranger.

During a talk show for an OTT platform, Aditi told the hostess: "I don't have any whacked out stories from auditions, except the 'Yeh Saali Zindagi' audition where I had to literally make out with someone I didn't know."

She was referring to actor Arunoday Singh, who was opposite her in the film.

She said he was "very polite".

Aditi also spoke about other aspects of her life, including how Mani Ratnam's "Bombay" is what attracted her to the world of films. She was especially enamoured by the song "Kehna hi kya".

The actress also opened up a bit on her personal life, admitting that she had received her first love letter when she was just in the fifth standard.

"It was really long. It was like, two pages. All I know is that it was from the senior. Very soon after that, I was packed off to boarding school," she said with a laugh.

She recollected how she had shown the letter to her mother herself.

Looking back at the incident, she said: "I was nine at the time. It basically said that I was the most beautiful girl and blah blah. Now when I think about it, I'm like, 'I was nine! How does that even work?'"

Opening up on her "dating game", Aditi, who had tied the knot with actor Satyadeep Mishra when she was 21 and later separated, said: "If I got into a relationship like that at 21, my dating game would be zero, right? I don't think I know how to date.

"After that, I joined the movies. What dating am I going to do? I don't know how to date."

Farhan Akhtar 'bit too late' in appealing to voters of Bhopal