On Monday, Ajay Devgn did a live Twitter interaction with fans #AjayTalks. His fans asked several questions and some were dayum interesting. 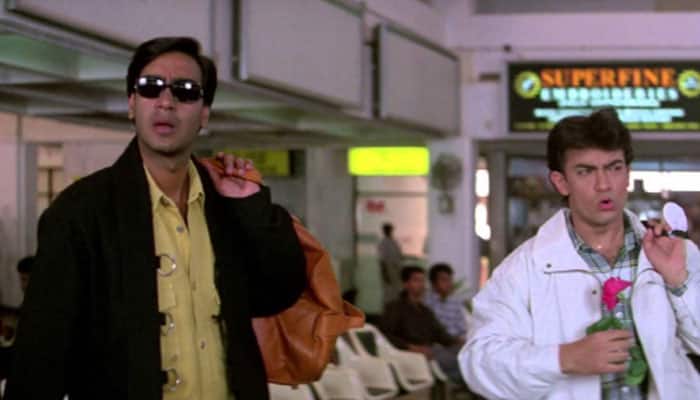 New Delhi: On Monday, Ajay Devgn did a live Twitter interaction with fans #AjayTalks. His fans asked several questions and some were dayum interesting.

One of his fans asked Ajay whether he would like to work with 'Dangal actor Aamir Khan? To which he replied,"Of course, I would #AjayTalks".

#AjayTalks would you like to work with Amir khan again?

So, may be we will get to see two immensely talented superstars Aamir Khan and Ajay Devgn together on-screen soon. The duo shared screen space in 1997 hit film 'Ishq'.

Another fan asked him about his wife Kajol's Tamil film 'Velaiilla Pattadhari 2' (VIP 2).

He then tweeted,"Not yet, but will watch it soon! #AjayTalks".

@ajaydevgn Have you watched #VIP2 yet?? #AjayTalks