Ali Fazal: Hollywood is changing because of the web

Actor Ali Fazal will next be seen in the Netflix original film "House Arrest", a comedy that chronicles the story of a man who has not stepped out of his flat for nine months. 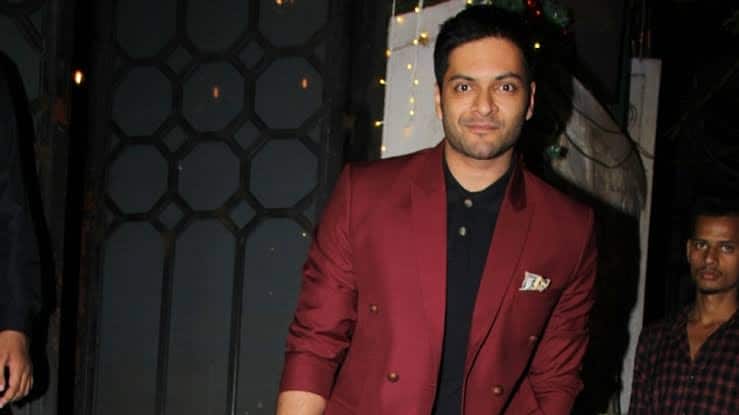 Mumbai:  Actor Ali Fazal will next be seen in the Netflix original film "House Arrest", a comedy that chronicles the story of a man who has not stepped out of his flat for nine months.

Given the story idea, as also the fact that the humour required the protagonist to be caught inside his own home with nearly 70 people, Ali recalls the shooting experience was "claustrophobic".

"It was claustrophobic even on the set because there were 60 to 70 people inside one flat. We shot at the same location for 25 days. We thought it would be easy but actually it wasn't. So, we used to keep playing games. Every third night, we used to step out and chill after the shoot," Ali told IANS.

About his role, he said: "My character's name is Karan. He belongs to a well to do family. He has done fairly well in his previous job and made lots of money. He has a nice flat. He somehow has not come out of his house for the last nine months. The story starts at that point. He is not trapped. He is not psycho or a murderer. It's a voluntary house arrest and there are interesting reasons behind this, which is what the film is all about. There is no one specific reason, he has just had enough of a lot of things. The film is an out and out comedy. It's hilarious."

Asked, how does he manage to work in so many different platforms together, the actor smiled. "I sometimes wish for more time in a year. But it's good that I am working this way -- I always wanted that. With the web coming in, the canvas has become bigger. I had never done anything of the scale of 'Mirzapur' before. So, it was a gamble, a risk. But I liked the script. I felt it was something new. Also, Hollywood is changing because of the web. Any shoot with the web is a three to four-month commitment. You have to keep some time for yourself in the middle so that you can have a work-life balance," he said.

Asked if OTT is giving a tough competition to television, the actor replied: "At my place, we don't watch TV for days. Because we get all the news updates on Twitter and social media. Everybody is looking for good content these days. That is why an original film like 'House Arrest' is required. If you get everything sitting in the comfort of your home, why would you go to the theatre? That's why theatres are also suffering, though theatres have their charm. I feel Netflix is generally liked by everybody. It's a big platform across the world."