Anushka Shetty's look in 'Bhaagamathie' is intense and intriguing - Check out

Anushka Shetty's portrayal of Princess Devasena in the 'Baahubali' series was widely acclaimed. 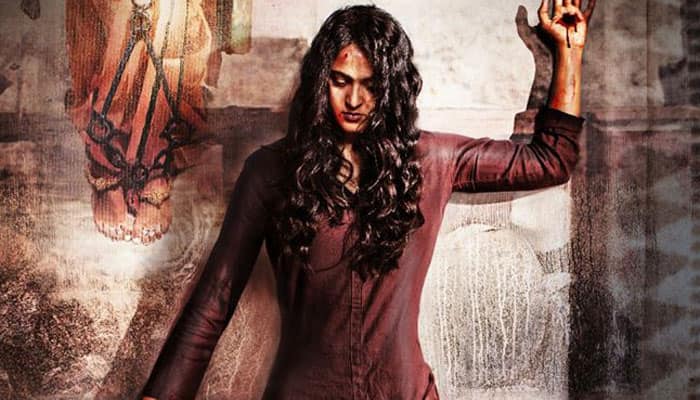 In the poster she can be seen with bruises all over her and her hands seem to be nailed to the wall.

The film is directed by G Ashok and will see Anushka paired opposite Unni Mukundan.

This is Anushka's first release after the blockbuster Baahubali 2 which had her paired opposite actor Prabhas.

The film will be releasing in Tamil, Telegu and Malayalam and is a period drama. It is scheduled for December 2017 release.

She made her acting debut with the 2005 Telugu film 'Super'.

Anushka's portrayal of Princess Devasena in the 'Baahubali' series was widely acclaimed.