As Rekha turns 65, here's a look at 7 of her iconic films

Her remarkable work includes movies like 'Umrao Jaan,' 'Kalyug,' 'Muqaddar Ka Sikandar,' 'Khubsoorat' and 'Silsila' which have cemented her place as one of the most respectable faces in Bollywood. 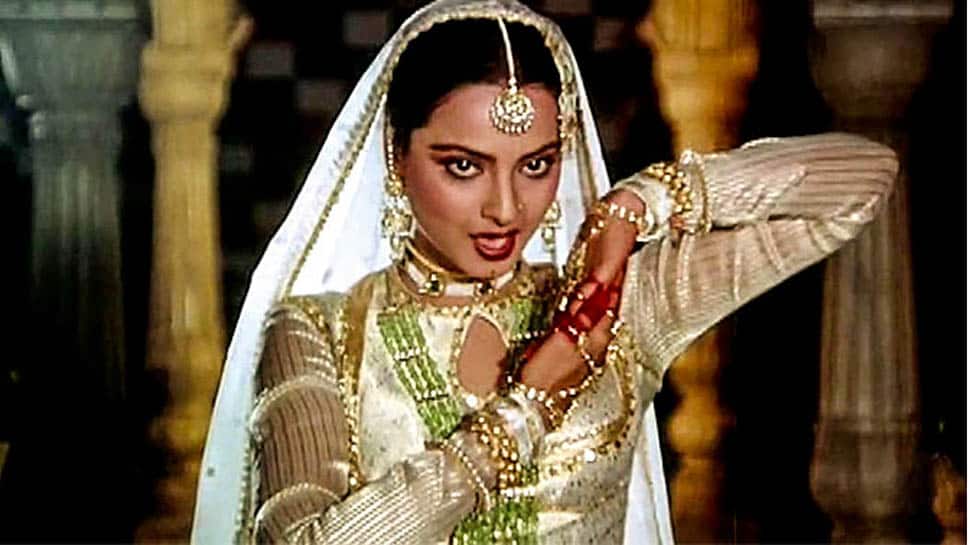 New Delhi: The timeless beauty of Indian Cinema, Rekha who turned 65 on Thursday started her career as a child artist and has acted in more than 180 films since.

Almost all her movies offered something unique to the audience and also left a deep impact.

Her remarkable work includes movies like 'Umrao Jaan,' 'Kalyug,' 'Muqaddar Ka Sikandar,' 'Khubsoorat' and 'Silsila' which have cemented her place as one of the most respectable faces in Bollywood.

As the beauty turns 65, Let's take a look at some of her best films over the years.

Umrao Jaan the actor won the National Award for her impeccable performance in the film which released in the year 1981.

Her graceful dance performance on `Dil Cheez Kya Hai` is still admired and remembered by filmophiles.

The film 'Khubsoorat' was one of the biggest successes of Rekha`s career. Released in 1980, she won her first Filmfare award for portraying the role of Manju Dayal in the comedy-drama.

Other than the accolades, 'Khubsoorat' also received critical acclaim and was a box-office success as well. IjaazatGulzar's 'Ijaazat' showed Rekha in an unconventional role.

Released in 1987, the film was based on the Bengali story that challenged several of the society`s norms.

The 65-year-old star`s acting in this flick is still considered one of her most moving performances as an actress.

'Kalyug' known as a modern-day version of the Indian epic 'Mahabharat,' 'Kalyug' went on to win the Filmfare Award for Best Film in 1982.

Despite the many acclaimed actors in the film, Rekha as a female lead left a lasting impression on the audience.

Other than a critical and commercial success, 'Khoon Bhari Maang' bought most of the critics praises towards Rekha's performance.

Her role in the film destroyed all stereotypes that believed it was essential to have a hero as the protagonist.