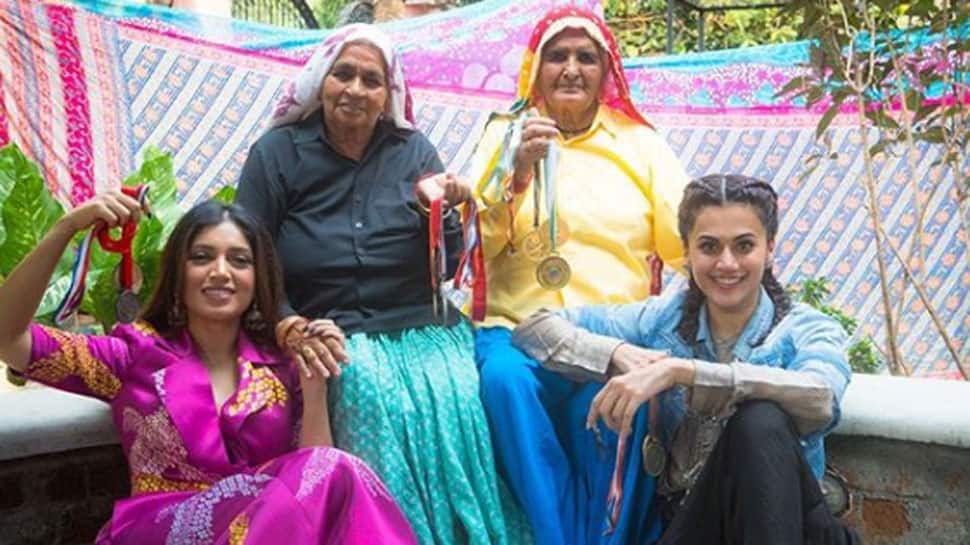 Lucknow: Actresses Taapsee Pannu and Bhumi Pednekar, who are currently shooting in Baghpat for the upcoming film "Saand Ki Aankh", shared a few photographs from the film's set in which they can be seen experiencing village life.

In one of the images, Taapsee and Bhumi can be seen posing with cow dung cakes, while in another photograph, they are seen swinging by the hanging roots of a Banyan tree, being dressed in ghagras.

"What a wonderful smell...it seems something amazing is being cooked," the "Pink" actress wrote while sharing the glimpses of rural life.

Through the shared photographs, it seems both the actresses are working hard to get into the characters of the world's oldest sharpshooters - Chandro Tomar and her sister-in-law Prakashi Tomar for their film.

Chandro, 87, and Prakashi, 82, are from Uttar Pradesh's Johri village and reportedly took up sharpshooting in their 50s. Chandro, who is fondly called shooter 'dadi' is among the world's oldest female sharpshooters.