American singer-songwriter Billie Eilish opened up about her mental health struggles and the downside of sudden fame. 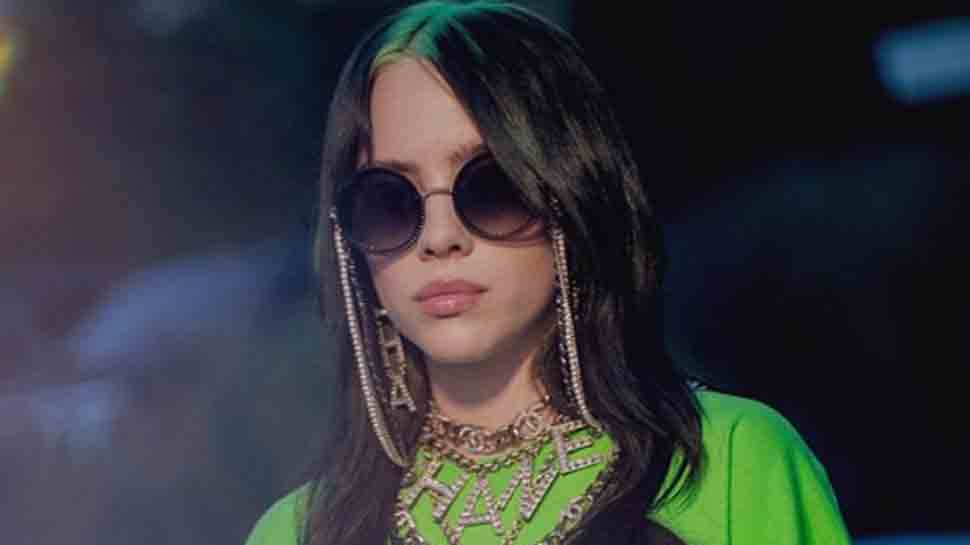 Washington D.C.: American singer-songwriter Billie Eilish opened up about her mental health struggles and the downside of sudden fame.

The 17-year-old singer spoke about the mental health issues she`s dealt with since she was 13 years old, including anxiety, self-harm, and depression, in a candid interview with the Rolling Stone, as cited by People.The pop star, who rose to fame overnight with her debut album `When We Fall Asleep, Where Do We Go?`, discussed the pitfalls of sudden fame and how it has affected her.

Eilish revealed that her mental health has been affected by her liking to perform at a young age. The `Bad Guy` singer initially faced mental health struggles after joining a competitive dance company at the age of 12.While in the group, she battled with insecurity and body dysmorphia.

"That was probably when I was the most insecure. I wasn`t as confident. I couldn`t speak and just be normal. When I think about it or see pictures of me then, I was so not okay with who I was," the singer said.Eilish shared that she was uncomfortable in her own skin, especially in the clothes that she used to wear to dance.

"I was always worried about my appearance. That was the peak of my body dysmorphia. I couldn`t look in the mirror at all," she added.Eilish`s emotional health began to deteriorate further at the age of 13 years when she suffered a hip injury. The singer ruptured the growth plate in her hip, causing her to quit dancing.

"I think that`s when the depression started. It sent me down a hole. I went through a whole self-harming phase -- we don`t have to go into it. But the gist of it was, I felt like I deserved to be in pain," she said.While the singer doesn`t self-harm anymore, she still carries the pain with her

."Sometimes I see girls at my shows with scars on their arms, and it breaks my heart. I don`t have scars anymore because it was so long ago. But I`ve said to a couple of them, `Just be nice to yourself.` Because I know. I was there," she said.

By the age of 14, Eilish began to make a splash online with her impressive songs and since `When We All Fall Asleep` released, she`s been on tour seemingly non-stop, which the star said has fueled her anxiety.

"I just couldn`t take the fact that I had to leave again," Eilish said. "It felt like an endless limbo. Like there was no end in sight. And, I mean, it`s true: There really is no end in sight with touring. Thinking about that literally made me throw up. I`m not a throw-upper, but I threw up twice, from the anxiety," she said.

While she`s still working on her issues, Eilish said that she`s in a much better place now."I haven`t been depressed in a minute, which is great. Seventeen has probably been the best year of my life. I`ve liked 17," she said.

"I`m really trying hard to make it as good as possible for me because I want to love what I do. I don`t want to be miserable, because it`s not a miserable thing," Eilish added.

Eilish, who happens to be Justin Bieber`s biggest fan since childhood, recently released her collaboration with the `Sorry` singer, which is a remix of her hit track `Bad Guy`. (ANI)