Actress Urvashi Rautela was also spotted at the airport.

New Delhi: Actor Bobby Deol, who entered the industry with Twinkle Khanna in 'Barsaat' and went to feature in many hits, saw a downfall in his career for almost a decade. The former Bollywood heartthrob, however, gained spotlight after he featured in Remo D'Souza's 'Race 3' and shared the screen with Salman Khan. And though the movie got a lukewarm response, Bobby's screen presence was appreciated not only by his fans but also the critics.

The dashing actor has always had a solid fanbase—courtesy good looks in abundance. Of late, he has been seen in a good shape and fit and has been looking super fab.

On Tuesday, the actor was clicked at the Mumbai airport, heading to an undisclosed destination. Also spotted was bombshell Urvashi Rautela who looked hot in a monochrome outfit.

Check out their pictures from the airport: 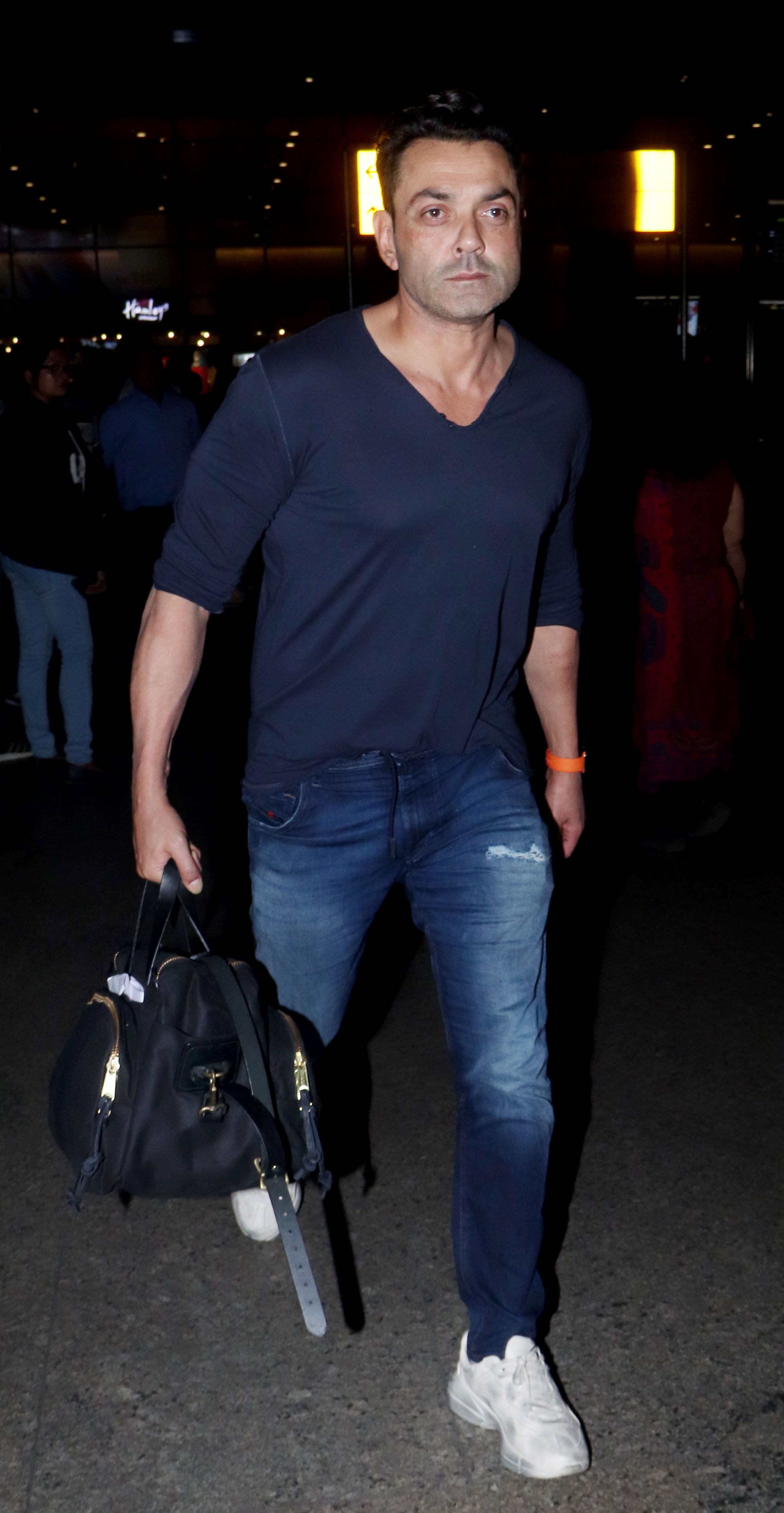 His fast-fading career got a new lease of life after hitting the jackpot with 'Yamla Pagla Deewana' in 2011.

In the meantime, he will be seen next in 'Housefull 4', the fourth film in Sajid Nadiadwala's comedy franchise.

Urvashi, who was last seen in 'Hate Story 4', will next be seen in 'Pagalpanti' starring John Abraham, Anil Kapoor and Ileana D'Cruz.