A popular condom brands, that Ranveer Singh endorses, has wished the power couple with a cheeky post. 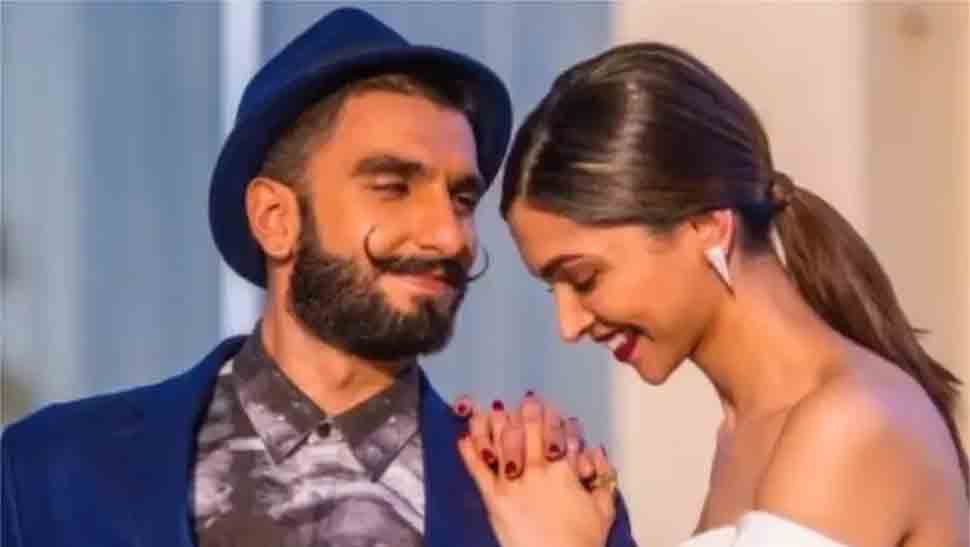 Congratulations are pouring in for Bollywood's power couple Ranveer Singh and Deepika Padukone, who exchanged wedding vows at Lake Como in Italy on Wednesday. And keeping up with their tradition of posting cheeky wedding wishes for newly-weds celebrities, the official handle of popular condom brand Durex congratulated 'Deep Veer' with a sassy post.

"We've got you covered, Congrats Deepika & Ranveer for officially putting a ring on it," the post read. 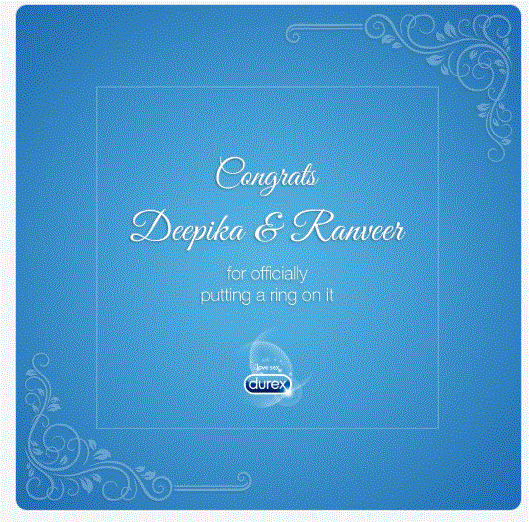 It is to be noted that Ranveer is the brand ambassador of Durex. In fact, he is the first mainstream actor of Bollywood to endorse a condom brand.

In May this year, Durex had congratulated newly-weds Sonam Kapoor and Anand Ahuja with a digital ad that read, "Congrats Sonam and Anand, we have you covered." 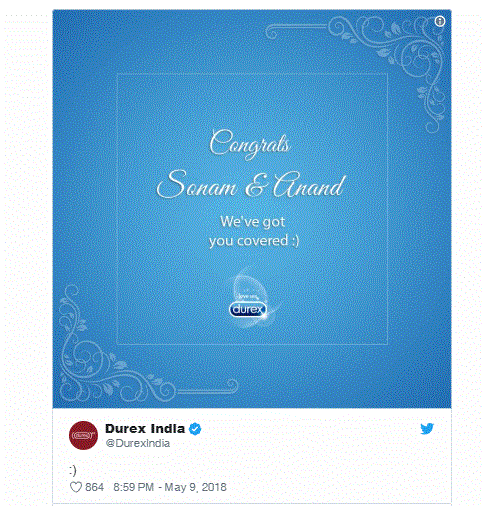 Durex's wedding wish for Virat Kohli and Anushka Sharma was not only hilarious but also carried a hidden meaning. The company took to social media and wrote, "Congratulations, Anushka and Virat. Let nothing come between you, except Durex." 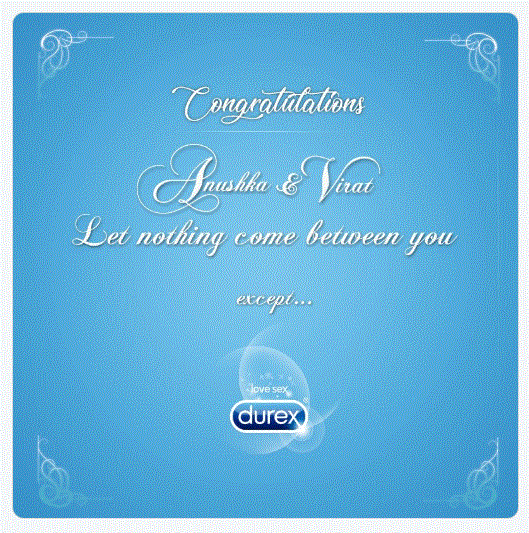 In the meantime, Amul too took to social media to wish 'Deep Veer' for their wedding by sharing a doodle of the duo eating buttered toast and wrote, "Ranveer not singhle anymore. The Deepik-tion of taste." 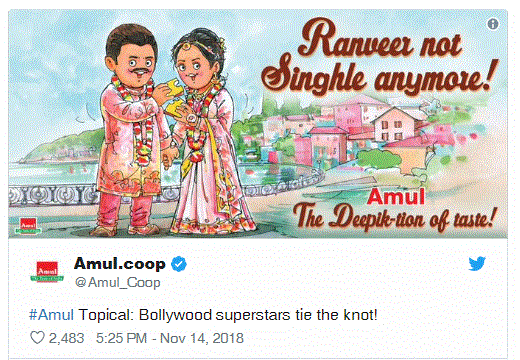 After tying the nuptial knot in traditional Konkani style on November 14 in Italy, Deepika and Ranveer will exchange vows during Sindhi wedding ceremony today. The power couple, that flew with their respective family and friends to the European country during the weekend is officially man and wife.