Katrina Kaif turned 36 on Tuesday and she is reportedly holidaying in Mexico now. Scroll down to see how Salman Khan wished her. 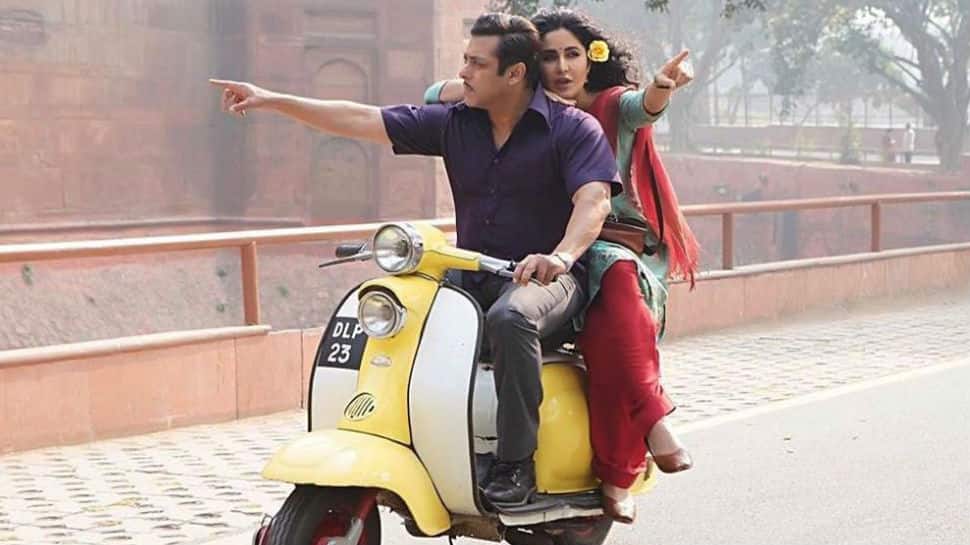 New Delhi: Superstar Salman Khan wished actress Katrina Kaif on her birthday with a lovely picture of them from their film 'Bharat'. "Happy birthday Katrinaaa...," wrote Salman. The photo features the duo riding a scooter. The duo look the opposite sides but Katrina leans on Salman and they look wonderful together.

'Bharat', which made over 200 crores at the box office, was Salman's Eid-special release. The film was an adaptation of Korean drama 'Ode To My Father' and the plot revolved around six decades, starting from the pre-Independence era.

Directed by Ali Abbas Zafar, 'Bharat' was Salman and Katrina's fifth film together, two of which - 'Ek Tha Tiger' and 'Tiger Zinda Hai' (directed by Ali) - were blockbusters. They also reportedly dated for a few years.

Meanwhile, Ali also wished Katrina a very happy birthday with a special message: "Happy birthday, Katrina, sometimes I don't know how we survive this bond... may this be like this forever."

Happy birthday @katrinakaif , sometime I don’t know how we survive this bond ... may this be like this forever

Katrina turned 36 on Tuesday and she is reportedly holidaying in Mexico now. However, though busy with the vacation, she gave her fans a sneak peek into the special holiday: