Deepika Padukone says Jio MAMI is a learning experience for her

Bollywood superstar Deepika Padukone, who attended the Jio MAMI 21st Mumbai Film Festival with Star 2019, is quite impressed by the reaction of the audience and movie enthusiasts at the festival. 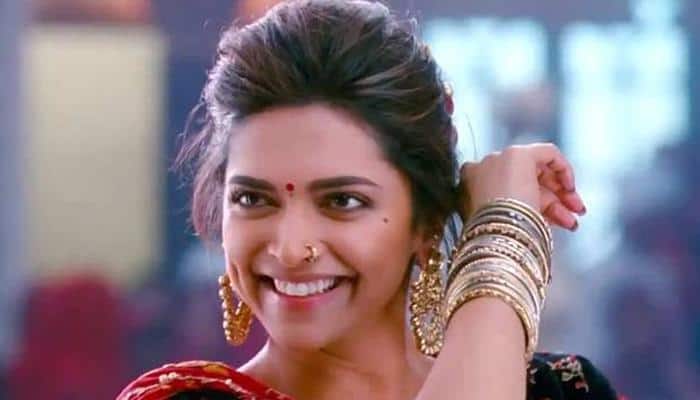 Mumbai: Bollywood superstar Deepika Padukone, who attended the Jio MAMI 21st Mumbai Film Festival with Star 2019, is quite impressed by the reaction of the audience and movie enthusiasts at the festival.

Deepika, who is Chairperson of the festival, shared her experience: "I think I managed to learn a lot in the last couple of months that I have been here at the festival in the process, I also watched some of the films that was screening from 190 movies I had the best take away from the festival is, its audience."

"I see people who are so passionate about the cinema here. Some of them are budding filmmakers and actors, but there is a large number of people I have seen in the audience who are as enthusiastic about good cinema. They are the pure audience who want to see good movies. This apart, I have to say that it is an impeccably well-organised festival and I would like to appreciate everyone who has worked tirelessly over the past few days, including all the volunteers," she said at the closing ceremony of the festival on Thursday night.

The ceremony was attended by several filmmakers and actors including Vijay Varma, Vinay Pathak, Imtiaz Ali and Taapsee Pannu.

"I think the job of a filmmaker is to have a voice and pass it on to the next generation of storytellers. I watched Manish's film and I saw he had a vision and a voice. So through this award, we are encouragung that," Madhvani added.

The Manish Acharya Award is to take forward the legacy of young filmmaker Manish Acharya, the maker of the film "Loins Of Punjab Presents", who passed away at the age of 43 in 2010.

The festival started on October 17 and more than 190 films from across the globe were screened, by international filmmakers including Ari Aster, Fernano Meirelles, and Oliver Laxe among others.

After receiving the award, the 71-year-old Sharma said: "This is a very special moment for me. I came on board for the film at the very last moment and for me working with these kids, who took care of me during those 40 days of shooting, itself is a very special memory."

Being a jury member for the category, the National Award-winning screenwriter Varun Grover said: "I think there are not many books on films and for me a good film is one I would want to read about right after watching it. So, we need more books on cinema and that is why I find this category very important because it encourages writers."

The film "Shut Up Sona" won the Film Critics Guild Award (special jury mention) for gender sensitivity in cinema. The musical documentary traces the life of singer Sona Mohapatra, and her hardships in career and life owing to gender disrimination. The film's director Deepti Gupta said: "I would like to thank Sona for being the most inspiring protagonist for a documentary film. I haven't seen anyone else who fights as hard as her, and who speaks as clear and who inspires many."

Sona Mohapatra added: "I want to thank MAMI for appreciating the film because I know that ï¿½Shut Up Sona' is an incendiary film where I said a lot of things (in the film) that could offend a lot of people but the festival has given a platform to this film and artistic freedom."