So far, several film actors, company executives, drug peddlers among others have been summoned and questioned in the case. 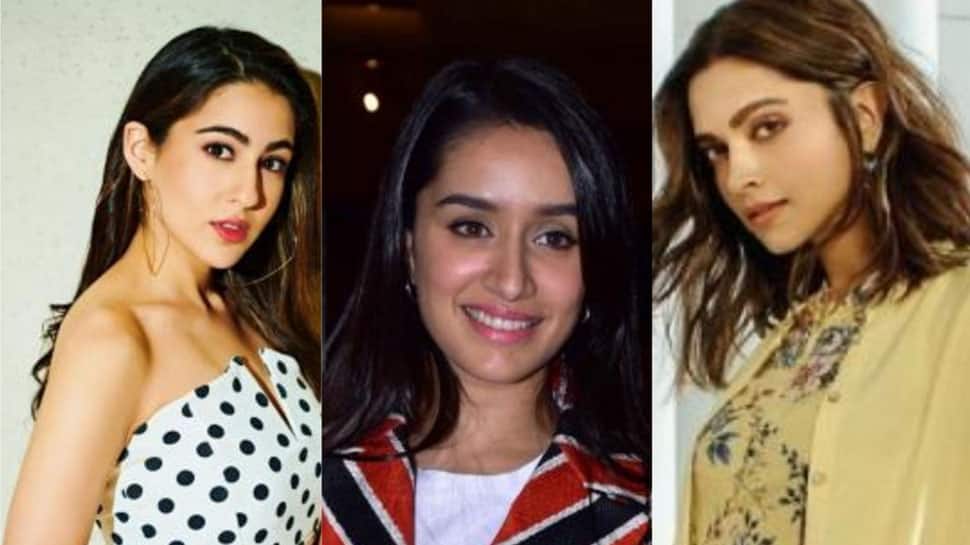 In the drugs case related to late actor Sushant Singh Rajput's death, the Narcotics Control Bureau (NCB) has summoned actresses Deepika Padukone, Shraddha Kapoor and Sara Ali Khan and the trio will appear before the federal agency on Saturday. So far, drug peddlers, several film actors, company executives among others have been summoned and questioned in the case.

On Friday, the NCB questioned Deepika's manager Karishma Prakash for seven hours after which she left the guest house in the evening. She has been called again at the NCB guest house on September 26 (Saturday) for questioning. In a shocking confession of KWAN talent management company employee Prakash before the NCB, it has been learnt from sources that actress Deepika Padukone had a WhatsApp group running dealing with drugs chats.

Here's what you can expect on Saturday:

* Bollywood actresses Deepika Padukone, Shraddha Kapoor and Sara Ali Khan are expected to arrive at the Narcotics Control Bureau office on Saturday in relation to the drugs case being probed by the federal agency. On Thursday, Deepika and Sara returned to Mumbai from Goa after they were sent summons by the NCB.

* As reportedly confessed by Karishma Prakash in front of the NCB, actress Deepika Padukone was the admin of WhatsApp drug chat group and she will be quizzed on the same on Saturday. The two are likely to be interrogated together. Apparently, these chats took place in 2017. The group members included Deepika, Jaya Shah and Karishma and it was in this group where Deepika was allegedly asking for drugs from Karishma.

* On Friday, the NCB officials quizzed Dharma Production House executive Kshitij Prasad. According to sources, Kshitij is a very close associate of filmmaker Karan Johar. In 2019, a party was held at Karan Johar's residence after which a video that surfaced online, had gone viral on social media. After receiving a complaint about the clip, the NCB team is now investigating it with a drugs angle.

* According to sources, besides Kshitij Prasad, Anubhav Chopra, who is assistant director at Dharma Production, was also questioned at the NCB office. Anubhav and Kshitij are known to be close to each other.

* Bollywood actress Rakul Preet Singh appeared before the NCB on Friday for questioning. She was interrogated for over 4 hours during which Rakul reportedly confessed to having a chat with Rhea regarding drugs, although she rejected consuming any kind of drugs or being in touch with any drug peddler.

* Apparently, the NCB might register a case against TV actors Sanam Johar and Abigail Pande, who have previously appeared before the agency in the drug case. According to sources, the NCB recovered a very small quantity of drugs from their houses. Both of them can be called for questioning again soon.

Prakash's questioning on Saturday is likely to take place face to face in front of Deepika. The WhatsApp group chat on drugs dates back to 2017. Deepika's name emerged after her 2017 WhatsApp chats with manager Karishma Prakash were retrieved where the actress is allegedly seen asking for hash.

Soon after that, chats of Jaya Saha, an employee of KWAN talent management agency also surfaced. She was probed and later admitted to having arranged CBD oil for Shraddha Kapoor, Madhu Mantena and a few others. Actress Rakul Preet Singh has also confessed to the drugs chats related to Rhea Chakraborty.

According to sources, Ranveer has formally asked the NCB officials if he can accompany wife during her probe. Ranveer in his application has stated that since Deepika at times suffers anxiety issues and gets panicked, can he be permitted to be present with her.

Ranveer further said that since he is a law-abiding citizen and knows that he cannot be present at the time of interrogation, but can he be allowed inside the NCB office. However, no decision has been taken by the NCB on it yet.

The NCB noose has tightened on these celebs and more names are expected to come out in the drugs conspiracy. The NCB is currently running a probe in connection with the death of Bollywood actor Sushant Singh Rajput, who was found dead at his Bandra residence on June 14, 2020.

In his youth, SP Balasubrahmanyam aspired for govt job not career in singing: Lesser known facts about the late singer