Disha was recently spotted at the airport and she absolutely nailed her look. 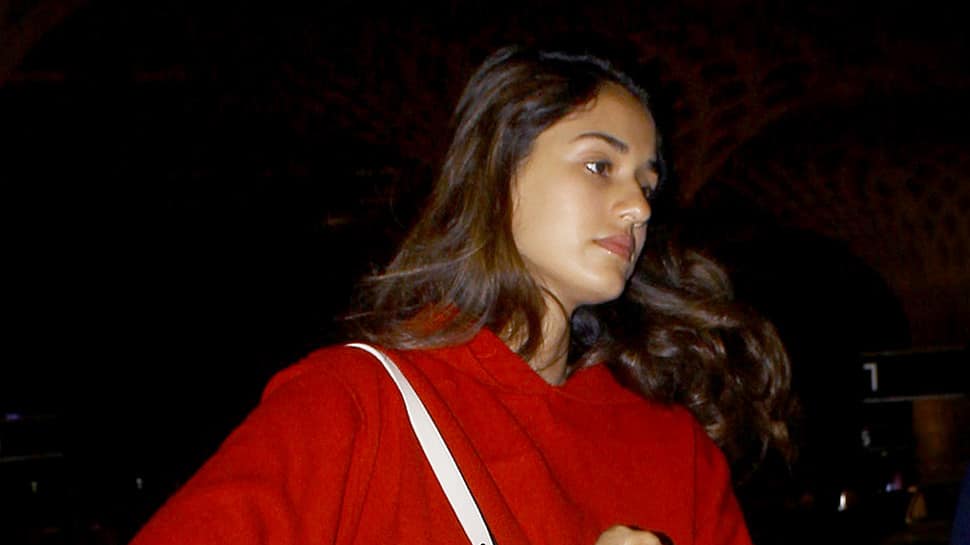 New Delhi: Bollywood actress Disha Patani grabs eyeballs the moment she steps out in public. The leggy lass has a perfectly toned body and is known to be a fitness freak. Disha was recently spotted at the airport and she absolutely nailed her look. The 'Baaghi' actress kept it casual with no makeup and wore a red sweatshirt with blue joggers. Her white sneakers and handbag pop out and give the outfit a complete and chic look.

On the personal front, Disha is rumoured to be in a relationship with actor Tiger Shroff and is often spotted with him. The duo ringed in the New Year together and shared pictures (though separately) from their vacation.

Even though the two remain silent about the relationship status, it is evident that they are more than 'just friends'.

Recently, Tiger and Disha were spotted in Bandra, heading out for a drive. While Disha sat in the driving seat, Tiger was beside her and the two were all smiles in the pics that surfaced on the internet.

Coming to Disha's professional front, she will next be seen in Ali Abbas Zafar's ambitious project 'Bharat'. The film is one of the biggest releases of this year and stars Salman Khan and Katrina Kaif in lead roles.

'Bharat' is slated to hit the screens on the occasion of Eid.