Don't have a problem working in multi-starrers: Riteish Deshmukh

Apart from being multi-starrers, there is another common thread which binds films like "Masti", "Housefull", "Malamaal Weekly", "Dhamaal" and "Apna Sapna Money Money" together -- actor Riteish Deshmukh. 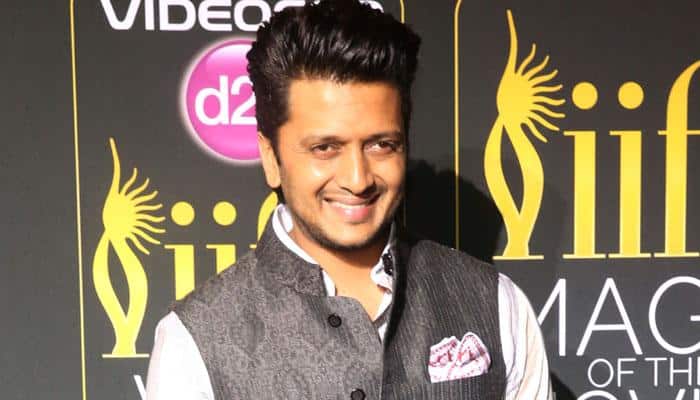 New Delhi: Apart from being multi-starrers, there is another common thread which binds films like "Masti", "Housefull", "Malamaal Weekly", "Dhamaal" and "Apna Sapna Money Money" together -- actor Riteish Deshmukh.

Having started his career over 16 years ago with the standalone film "Tujhe Meri Kasam", Riteish has mostly featured in multi-starrers. And he has no qualms about it.

"Why should I have any problem with that. For me, a good role and a good script matter the most," Riteish told IANS here.

"First of all when you do a multi-starrer film, one should know what part he/she is doing. If you are happy with it, you should go for it and give 100 per cent to it," he said.

The 40-year-old feels people need to change their attitude towards multi-starrers.

"It is not easy to make a multi-starrer film. The more the actors, more the responsibilties on director. Proper coordination is needed between the actors while shooting. Films like 'Housefull' and 'Dhamaal' can't be made alone (with a single actor). Such films need multiple actors. Such scripts require the multiple talent.

"And honestly speaking, a multi-starrer film reflects the real abilities of an actor. Among several other talented actors, if you are able to impress the audience then that shows your real powers."

According to him, there is more scope of "improvement and learning new things" while working with multiple actors.

Riteish, who has worked with stars like Madhuri Dixit-Nene, Anil Kapoor, Ajay Devgn and Arshad Warsi in the just released "Total Dhamaal" said: "When you work with different actors, you get to learn different things from them.

"I worked with both Anil sir and Madhuri ma'am in this film. We all know how talented they are. It was like a dream come true because I have grown up watching them. While shooting with them, it was like I was learning a new thing about acting from them every other day."