Mirza announced her own personal manifesto that she follows to fight climate change and plastic pollution. 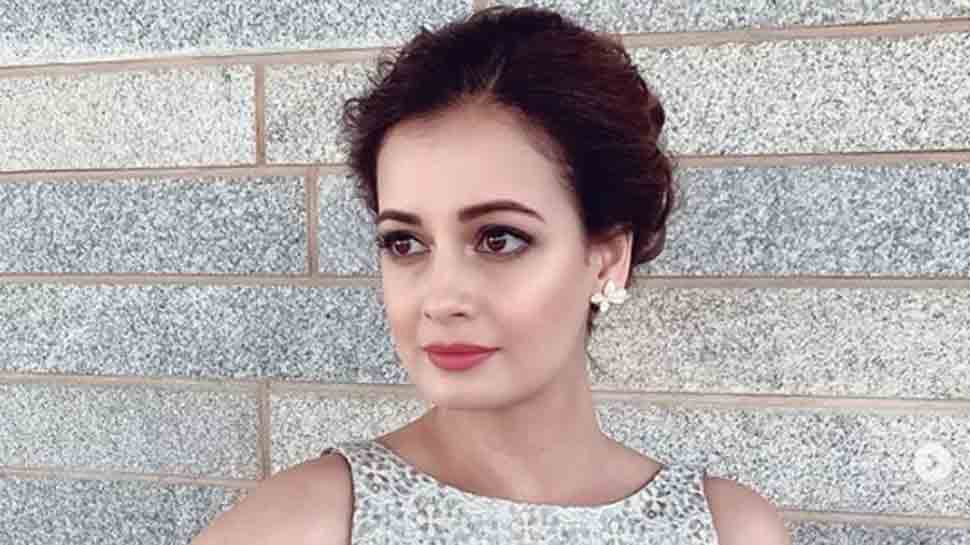 Mumbai: Bollywood actor and environmentalist Dia Mirza says it`s time to draw inspiration from the Vedas to fight climate change and save the global ecology.

During a Twitter chat she hosted on Wednesday on sustainable development, Mirza said: "This is what our Vedas teach us. To live in harmony with nature. Time to go back to basics and draw inspiration from this ancient knowledge that can guide our lifestyle practices."

Mirza, who is also a UN Environment Goodwill Ambassador, was replying to a participant in the chat who tweeted: "In the last four decades, the effects of climate change has been drastic! Every human is connected to nature as are all made up of the five elements of nature, which are space, air, water, fire and earth! Hence, it is our duty to address any change in climate."

"Environmental action has been part of my life since I was a child and now as an adult, I have and will continue to work towards conservation of nature, tackling climate change and inspiring sustainable living," she said.

Mirza had words of reassurance for a "worried and scared" another participant, @BhartiSahai, who was concerned about the conditions in India and said her asthmatic daughter had to use an inhaler while there, but not when she is in Norway.

The actress told her: "Don`t be scared and don`t worry! Channel that awareness to changing mindsets and implementing changing in your own life. I am very optimistic, because I do believe we are collectively capable of reversing this."

A self-described doctor and feminist, @dee8994, told Mirza that for the sake of the environment, she had stopped eating meat, buying single use water bottles, refusing plastic straws and plastic bags, and reduced getting single use plastics.

Mirza cheered in response, saying: "Awesome!!! We all have so much to learn from each other."

The proliferation of plastic pollution worries environmentalists. The UN estimates that more than 8 million tonnes of plastic ends up in the oceans every year and at the rate single-use plastic items are being dumped, by 2050 oceans will carry more plastic than fish.

Livestock farming, according to several studies, contributes significantly to the output of greenhouse gases and, therefore, a vegetarian diet could help reduce global warming.

Mirza announced her own five-point personal manifesto that she follows to fight climate change and plastic pollution:

* Replace plastic toothbrushes with ones made of bamboo and cornstalk

* Replaced regular sanitary napkins with those made of natural fibres and are 100 percent biodegradable.

PM Modi : We owe this freedom to those who fought for Independence