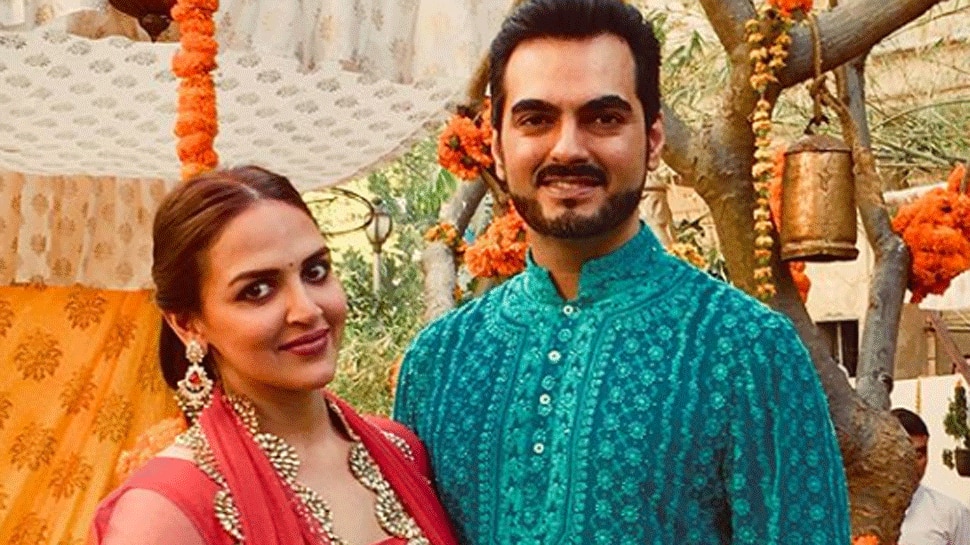 New Delhi: Bollywood actress Esha Deol, who welcomed her first child Radhya Takhtani on October 20, 2017, is all set to embrace motherhood for the second time. The actress shared an adorable picture of Baby Radhya along with a message written over it.

The picture says, "I am being promoted to big sister'. Check it out!

Esha, daughter of veteran actor Dharmendra and Hema Malini tied the nuptial knot with Bharat at the ISKCON Temple on June 29, 2012.

The couple exchanged marital vows once again during Esha's godbharai (traditional baby shower celebrations) as per Sindhi customs in which the parents-to-be are expected to take three pheras together.

While she was carrying Radhya, Esha flew to Greece along with hubby Bharat for their babymoon.

On the work front, Esha was last seen in her short film Cakewalk in which she essayed the role of a Chef. In the first look poster of the film, one can see a piece of cake, a small open container of kumkum (sindoor) and the traditional white-and-red bangles (Shakha and Paula) worn by married Bengali women.

The story revolves around a married woman who juggles between work and home.

For the unversed, Esha is a trained classical dancer and performs Bharatanatyam and Odissi.