Farhan Akhtar who recently wrapped up filming 'The Sky Is Pink' is now leaving no stone unturned to prep up for his character in the upcoming film 'Toofan'. 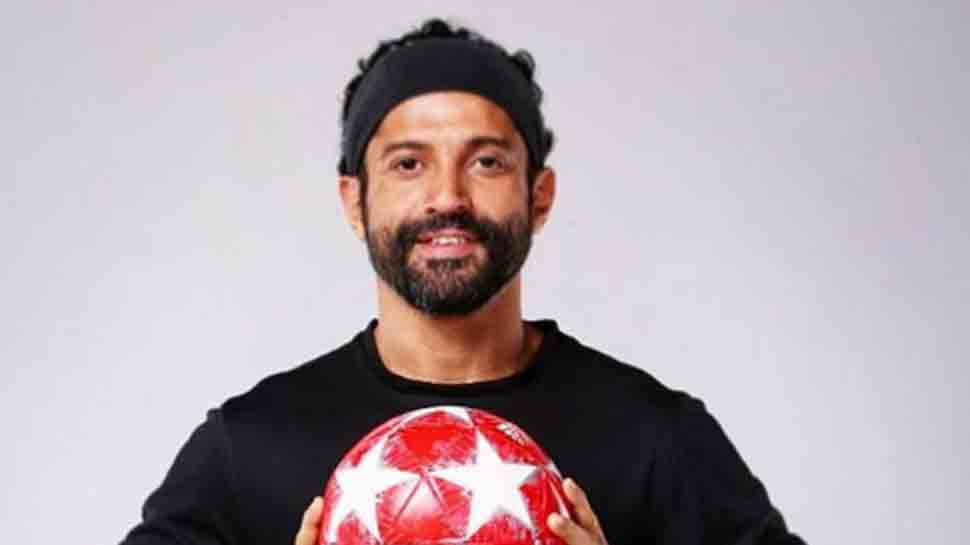 Mumbai: Farhan Akhtar who recently wrapped up filming 'The Sky Is Pink' is now leaving no stone unturned to prep up for his character in the upcoming film 'Toofan'.

The actor who has already has proved his mettle by playing an athlete in 2013 blockbuster 'Bhaag Milkha Bhaag', will now essay another power-packed role of a boxer in Rakeysh Omprakash Mehra directorial.

Taking to his Instagram account, Farhan shared a snap of himself working out hard for his role in the upcoming sports-drama, which is a narrative of a boxer and his endearing love story.

The picture showcases the 45-year-old actor boxing to sharpen his skills for the upcoming flick. He captioned the post as, "A day at a time. A drill at a time. A punch at a time. A step at a time. #ToofanintheMaking #boxerlife #fitnessgoals."

The 'Zindagi Na Milegi Dobara' actor is quite active on the photo-sharing application and keeps sharing several posts about his preparation for the film that will definitely make his fans eager to watch him essay the role of a professional boxer on the big screen.

Akthar and Mehra had earlier collaborated for the biopic based on Indian athlete Milkha Singh, which won Farhan a number of awards for his portrayal of the athlete.

Reportedly, unlike 'Bhaaag Milkha Bhaag', the upcoming sports drama would not be a biopic but a fictional story. On the personal front, Farhan is rumoured to be in a relationship with Shibani Dandekar and the two have been actively sharing pictures from their outings on their social media accounts.