The actor-director separated from wife Adhuna Bhabani after staying together for 16 long years. 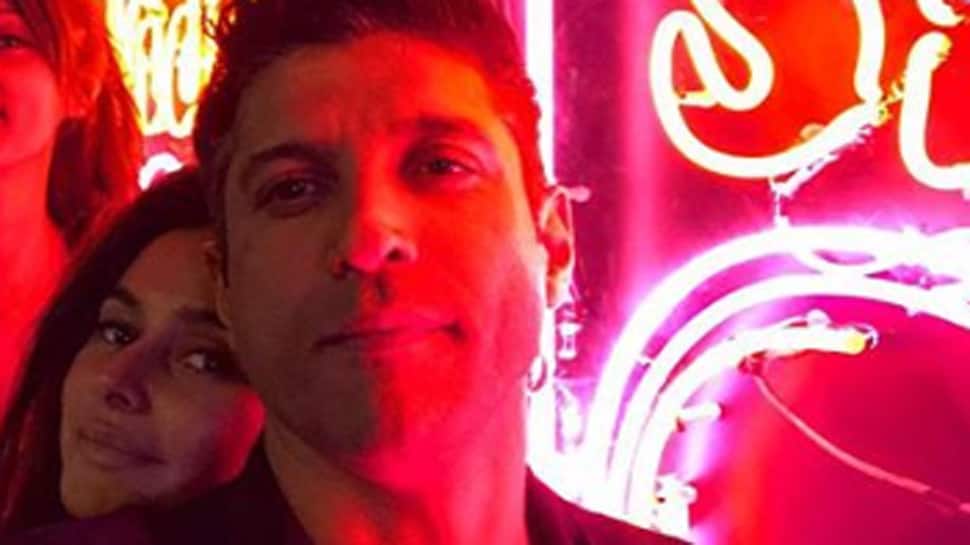 New Delhi: Bollywood's talented actor-director Farhan Akhtar and popular television host and singer Shibani Dandekar are reportedly seeing each other. Although the gorgeous duo has never really spoken about dating each other yet they have been dropping major hints at them being a couple.

Last night, Farhan and Shibani were spotted at Soho House, Juhu in Mumbai. Shibani looked classy in a black lacy top with long poncho while Farhan kept his look casual. The duo was clicked by the shutterbugs as they stepped out for a date night.

Farhan is an avid social media user and is currently busy with movie projects and musical concerts. A few days back Shibani had posted a picture with a mystery man, sending internet into a tizzy. Netizens guessed that it's Farhan and rumours about them being a couple gained momentum. However, the two maintained a stoic silence over link-up reports.

Adding more fuel to the fire, Farhan too shared the same photo with a 'heart' emoticon and what more of a confirmation one needs to keep it clear.

On the professional front, he will be next seen in a film by 'Margarita With A Straw' fame director Shonali Bose. It also features Priyanka Chopra and Zaira Wasim in the lead roles. It has been tentatively titled 'The Sky Is Pink'. The film is reportedly based on motivational speaker Aisha Chaudhary who was diagnosed with pulmonary fibrosis.