The two gorgeous women can be seen giving SRK a cute peck on the cheeks. 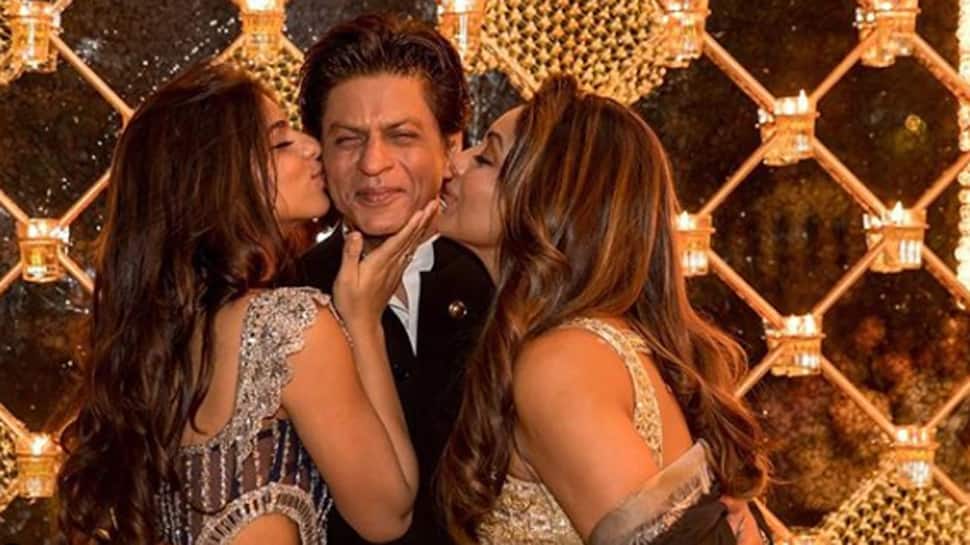 New Delhi: Superstar Shah Rukh Khan is a doting husband and father. The king of romance sneaks out time in between his tight schedules to spend quality time with family and that's what makes his a perfect charmer!

Gauri Khan, who is an established interior designer and owns a plush design house in Mumbai named 'GKD' (Gauri Khan Designs) is quite active on social media. The stunning Gauri recently shared an adorable throwback picture with hubby SRK and daughter Suhana.

The two gorgeous women can be seen giving SRK a cute peck on the cheeks. Check out the picture:

Gauri has time and again shared pictures of kids Suhana, Aryan and AbRam Khan on social media. And we must say that their photos break the internet in no time and are solid viral material. The celeb kids have several fan clubs dedicated to them on social media who regularly share updates about them.

The paps love them and so do the fans!

On the work front, SRK was last seen in Aanand L Rai's 'Zero' which also stars Anushka Sharma and Katrina Kaif in the lead roles. The movie received a mixed response from the audiences with people liking the first half and bashing the second half of the film as being too unrealistic.

He will next be working on Rakesh Sharma biopic titled 'Salute'.