Azmi's first poems collection, Jhankar, was published in 1943 and they are known for their brilliant imagery. 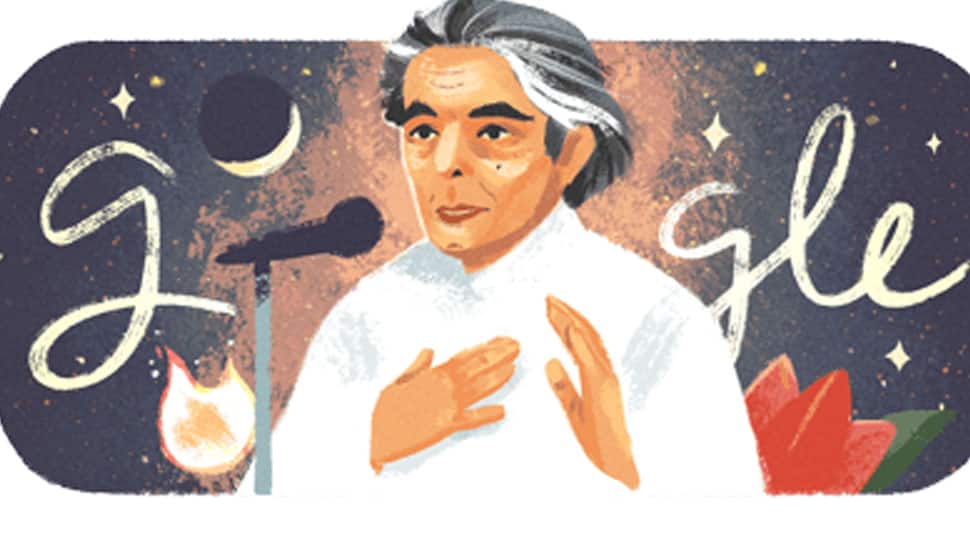 Google on Tuesday celebrated the 101st birth anniversary of noted Urdu poet and writer-lyricist Kaifi Azmi with a doodle. The doodle features Azmi wearing a white shirt and standing in front of a mic, reciting. Azmi was born on January 14, 1919, as Sayyid Athar Hussein Rizvi in Azamgarh district of Uttar Pradesh. He is remembered for bringing Urdu literature to Indian films.

Azmi's first poems collection, Jhankar, was published in 1943 and they are known for their brilliant imagery. His work in films includes working as a writer, lyricist and actor. Azmi wrote his first lyrics for the film Buzdil (1951) and his greatest feat as a writer was Chetan Anand's Heer Raanjha (1970).

He was the recipient of Padma Shri, India's fourth-highest civilian award and National Film Award for Best Lyrics (1970). Besides these, he was awarded the Uttar Pradesh Urdu Academy Award and the Sahitya Akademi Award (1975) for Urdu for his collection Awaara Sajde, Special Award of Maharashtra Urdu Academy, Soviet Land Nehru Award, Lotus Award from the Afro-Asian Writers' Association, and President's Award for national integration. In 1998, Government of Maharashtra conferred the Jyaneshwara Award on him. He was also honoured with the prestigious Sahitya Akademi Fellowship (2002) for lifetime achievement.

In 2000, he was conferred the first Millennium Award by the Government of Delhi and the Delhi Urdu Academy. He has also been honoured with a doctorate from Vishva Bharati University, Santiniketan.

The Government has also named a road on his name in the Rama Krishna Puram in New Delhi and in Hyderabad. The government has also inaugurated a train named "Kaifiyat Express" which runs from his hometown Azamgarh to Old Delhi

Azmi died on May 10, 2002, at the age of 83. His autobiography is included in a collection of his works, Aaj Ke Prashid Shayar: Kaifi Azmi.